If you have enough time while in Lisbon, the most popular day trip is to the resort town of Sintra at the foot of the Sintra Mountains – only 25 minutes by train. The city is beautiful and filled with many historical palaces and castles (and also a ton of tourists!). Just google Sintra and you’ll see all of the picturesque sites and understand why it’s such a popular destination!

Koen and I decided to spend one day in Sintra. We planned on visiting three major sites: Quinta da Regaleira, Pena Palace, and Castle of the Moors.

From the train station in Sintra we walked through town to the Quinta da Regaleira, about a 25 minute walk. It was nice to stretch our legs and enjoy the scenery. This is the moment we discovered just how many tourists there were in the city. If you closed your eyes you could believe you were in America. But we hoped it was only because we were in the Sintra city center and as we headed to our destinations the tourists would thin out. Luckily this was the case!

Our first stop – Quinta da Regaleira, or The Palace of Monteiro the Millionaire! If you look through google photos, you’ll definitely spot a photo of the famous inverted well, the Initiation Well – so magical! To quote the Sintra website: “The grand house is split over five floors and has an ornate gothic façade, but the real attraction is to the rear with the enchanting gardens. The gardens of the Quinta da Regaleira were styled to represent ancient secret orders, with hidden tunnels and concealed symbolism.”

Spotted the cone shaped chimneys of the National Palace 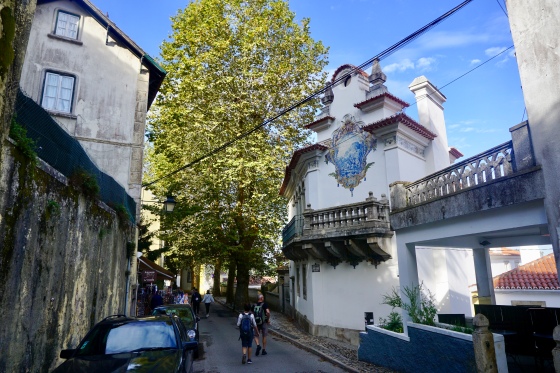 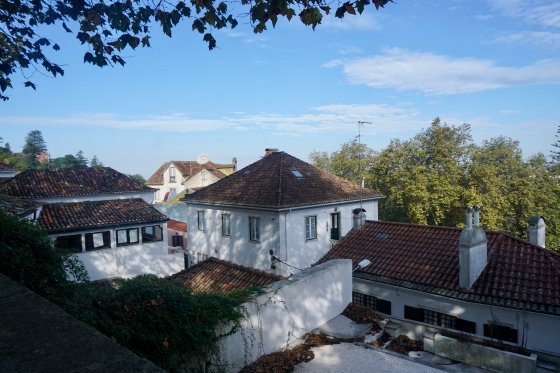 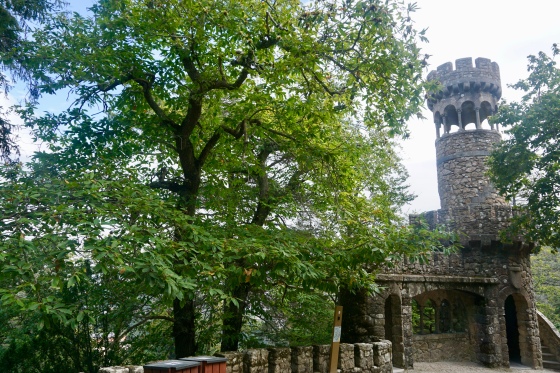 The Regaleira Tower – the namesake of the estate. The million dollar view! From the top you can see the Castle of the Moors and Pena Palace, as well as all of Sintra.

Castle of the Moors from the Regaleira Tower 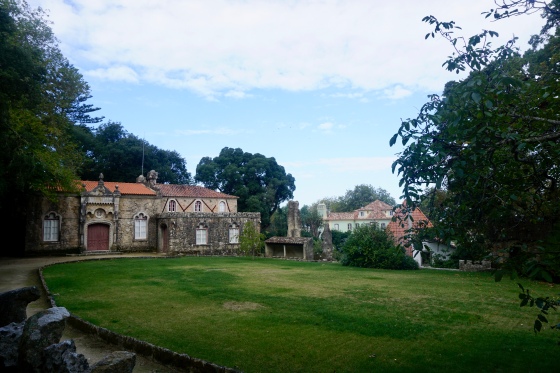 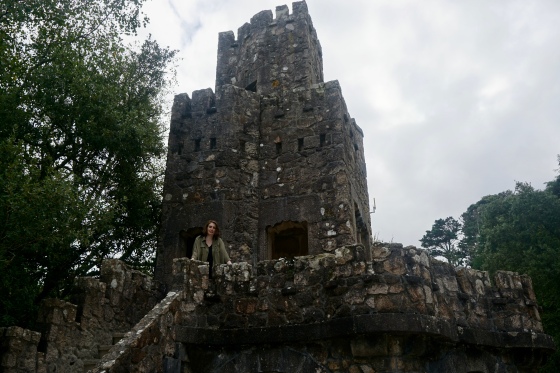 Having fun exploring the views

In line to descend into the Initiation Well

The Initiation Well was never used nor intended for water collection, but rather for secretive initation rites 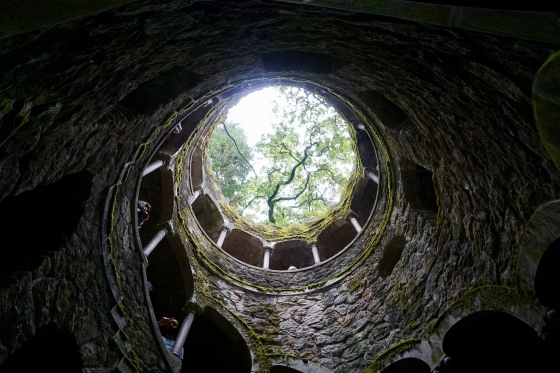 Beautiful view from the bottom

Once you were below, there was a passage way that connected you to another part of the gardens 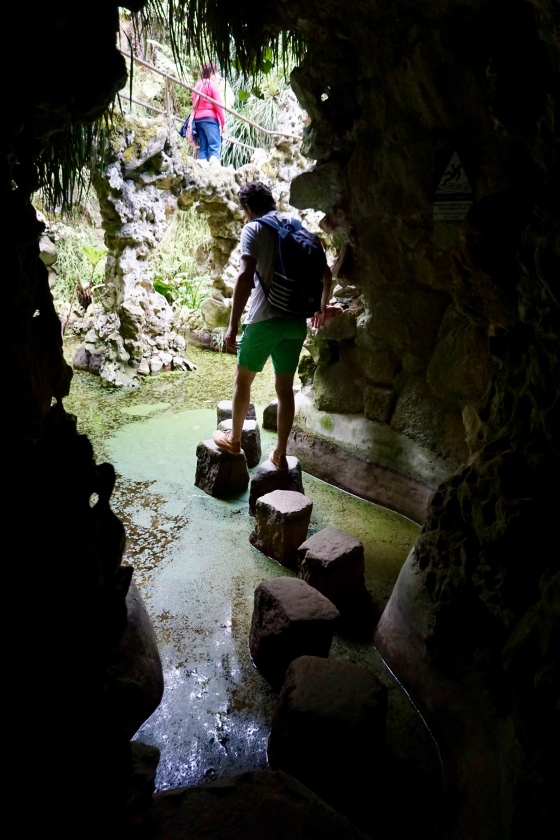 Crossing over and hoping not to fall in 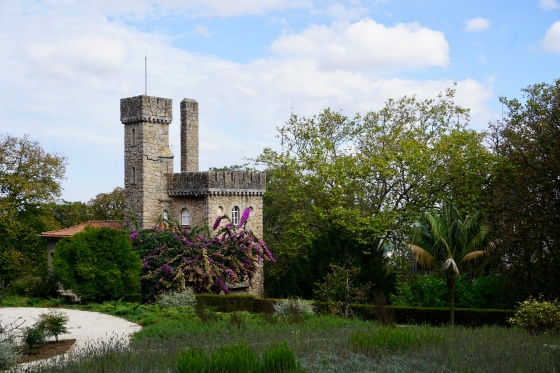 On our way to the house and chapel 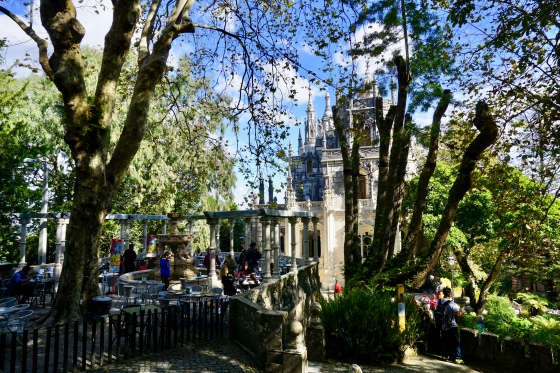 About to head inside 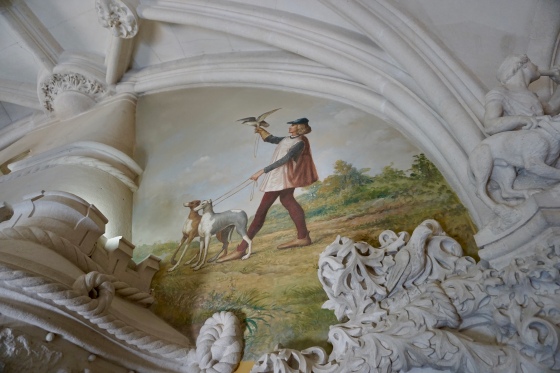 We really liked the murals 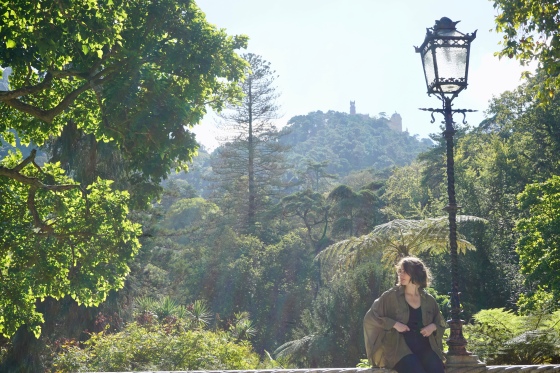 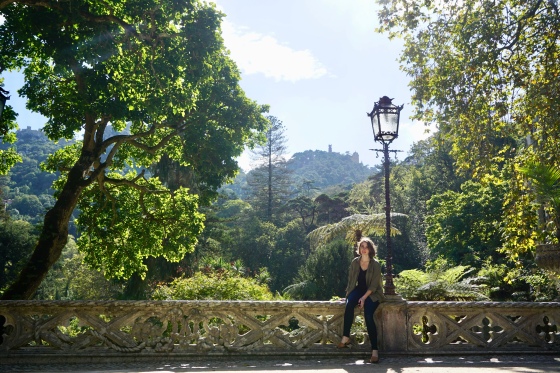 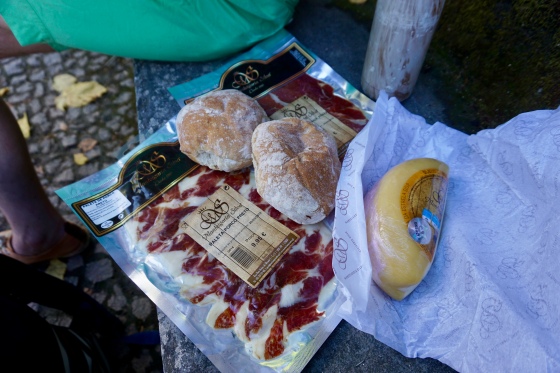 We read the restaurants in the city center weren’t very good and most sites recommended to bring a picnic. So we brought cured Iberico ham, local cheese, fresh baked bread, and wine in my thermos! 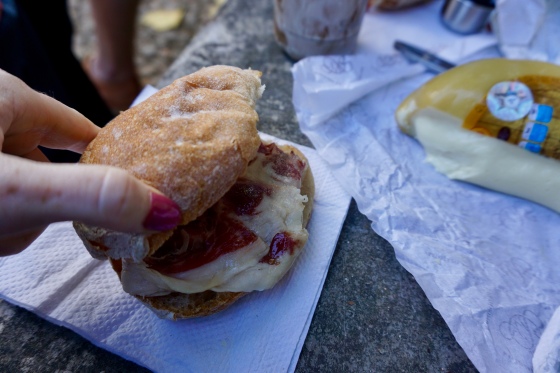