Unfortunately we had one day of rain during our time in Japan. We didn’t let it stop us, and we headed to Gion and the Nishiki Market, aka Kyoto’s Kitchen.

“It’s not the only geisha district left in Japan, but Gion, a collection of streets defined by its old wooden buildings, teahouses and exclusive Japanese restaurants, is by far the most famous. Spend an hour wandering the area and chances are you’ll glimpse a geisha or two shuffling between teahouses in their cumbersome zori sandals and exquisite kimono.”

Happy to say we did spot a geisha when we were walking on back street! No photo though – she seemed to be in a hurry and we didn’t want to bother her. 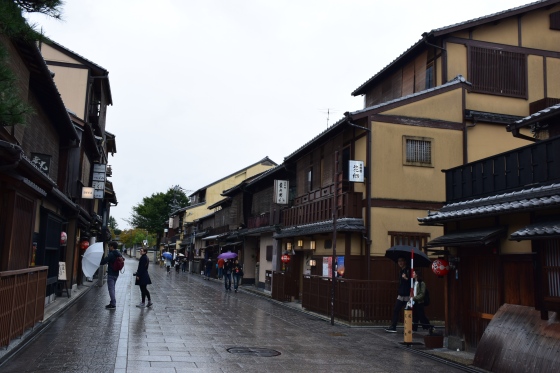 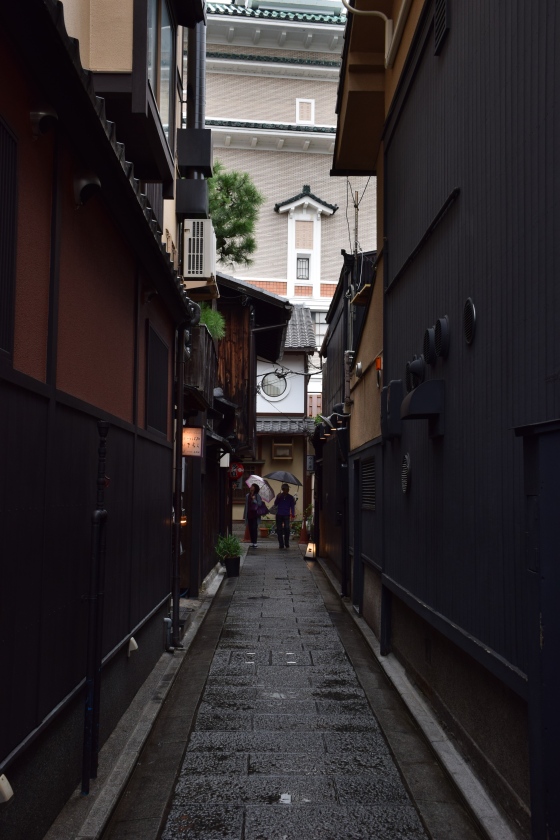 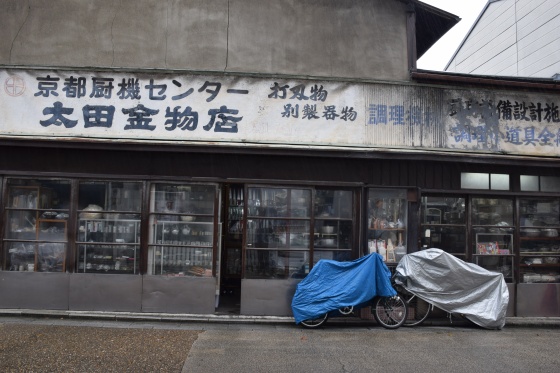 The Kennin-ji Temple in Gion is the oldest zen temple in Kyoto, originally built in 1202. The founder of the temple has a very interesting story:

“Kennin-ji was founded by Myōan Eisai (also called Yōsai), an incredibly influential Buddhist priest. Eisai made two visits to China in the 12th century, and brought back to Japan two things which now seem integral to Japanese culture: the teachings of Zen Buddhism and tea. Eisai was especially keen to promote the health benefits of tea, which he thought would help his monks to stay awake during prolonged bouts of zazen meditation. Because of this, most of the hedges that you see around the grounds of Kennin-ji are in fact tea bushes.” (from Inside Kyoto)

After walking through Gion, we headed to the Nishiki Market, a covered traditional food market, to escape the rain. In Kyoto’s Kitchen, you can find all the major ingredients of traditional Kyoto cuisine on display: tsukemono (Japanese pickles), fresh tofu, Kyo-yasai (Kyoto vegetables), wagashi (Japanese sweets), tea, and fresh fish and shellfish. The market is 390 meters long and more than 400 years old! 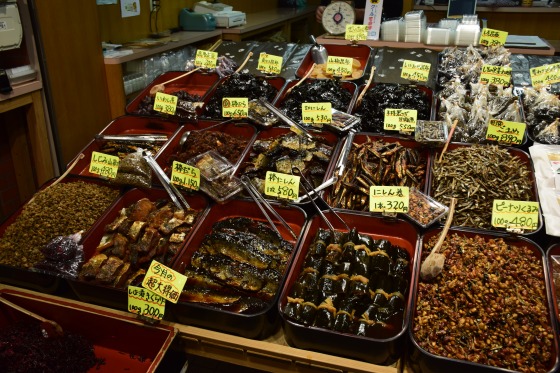