Nara was Japan’s first permanent capital, 710 – 794 AD, and only 30 minutes away by train from both Kyoto and Osaka! There are 8 UNESCO World Heritage sights, 2nd only to Kyoto.

When we arrived in Nara, we walked the main road to our first destination: Hōryū-ji. The Pagoda is considered one of the oldest wooden buildings in the world! 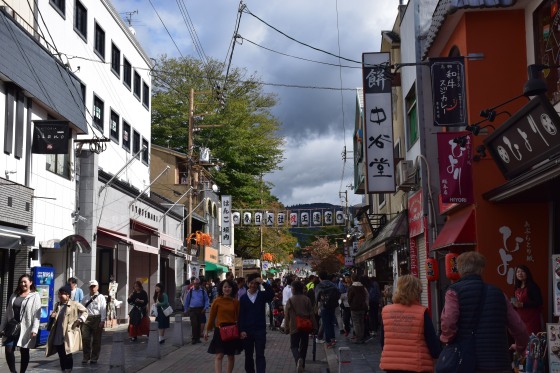 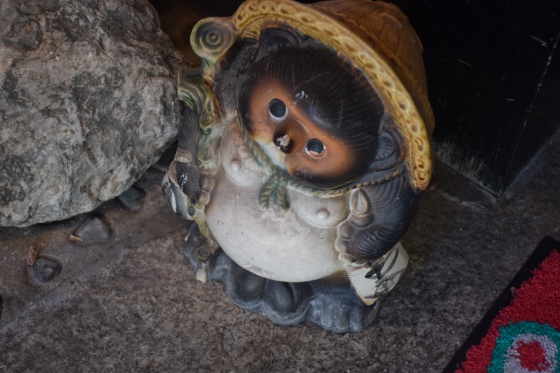 We spotted a tanuki!

Kondo and Pagoda at Horyu-ji

1 of many wild deer in Nara

While strolling through Nara we stumbled across C’festa – a food festival – in the park. The food looked and smelled delicious, so we decided to have lunch. 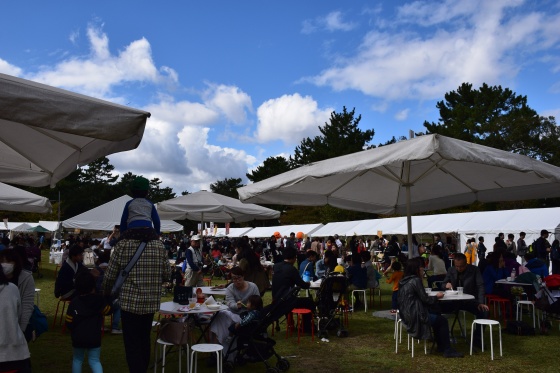 My long line for pizza 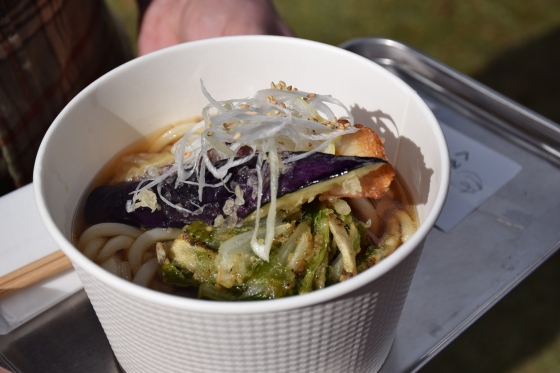 We were most excited to visit Nara Park and see the 1000+ deer that roam freely. As Japan Guide explains:

“The park is home to hundreds of freely roaming deer. Considered in Shinto to be messengers of the gods, Nara’s nearly 1200 deer have become a symbol of the city and have even been designated as a natural treasure. Nara’s deer are surprisingly tame, although they can be aggressive if they think you will feed them. Deer crackers are for sale around the park, and some deer have learned to bow to visitors to ask to be fed.”

We had a lot of fun feeding the deer! The are very hungry and start nudging you for more food. One even tried to bite my dress!

Deer warning (Koen thinks it looks like a video game) 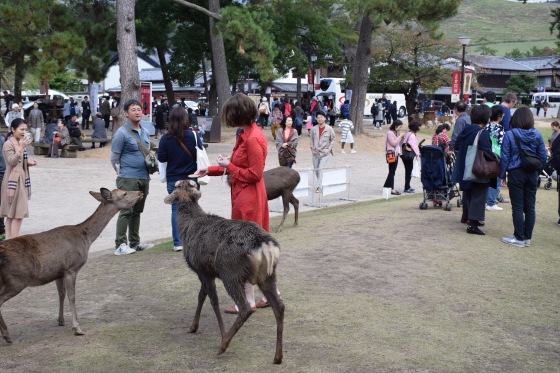 Constructed in 752, Tōdai-ji (Great Eastern Temple) is one of Japan’s most famous and historically significant temples. The Daibutsuden (Great Buddha Hall) is the world’s largest wooden building and this huge building houses the largest bronze statue of Buddha in the world. 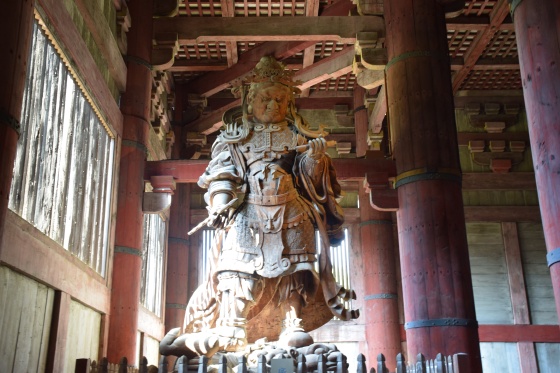 Binzuru was one of the sixteen arahats, who were disciples of the Buddha. Binzuru is said to have excelled in the mastery of occult powers. It is commonly believed in Japan that when a person rubs a part of the image of Binzuru and then rubs the corresponding part of his own body, his ailment there will disappear.

After visiting Tōdai-ji we walked the main road to the train station so we could take our train back to Osaka. Along the way we passed many more deer and stopped for a quick treat – Ichigo Daifuku, or Strawberry and Sweet Red Bean Mochi. So delicious!