Our guide suggested we visit the National Museum of Mongolia during our trip to Ulaanbaatar. This museum is responsible for preserving Mongolian cultural heritage as well as defining the guidelines for museums in the rest of the country. The museum has a wide scope of history, beginning in prehistory up into the present. The biggest highlights for me were the section on Mongolian traditional dress and the 1990 Mongolian Revolution.

First a bottle of water before entering the museum 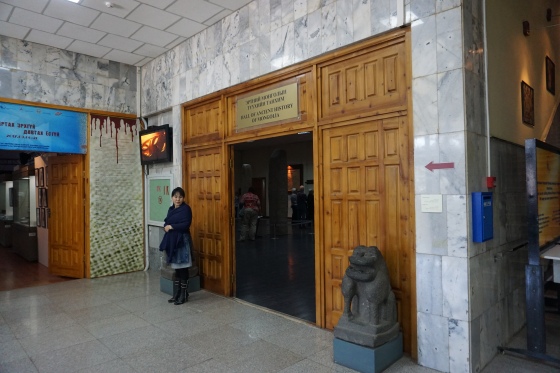 Entrance to the first exhibit 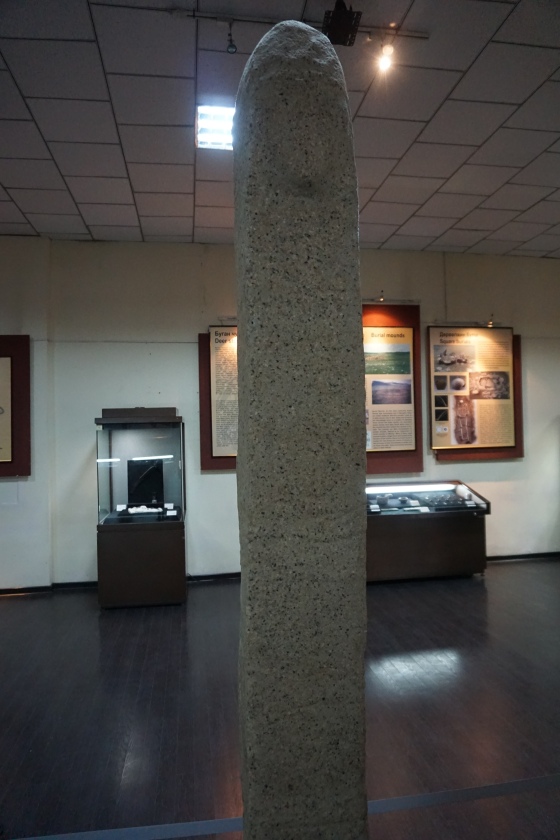 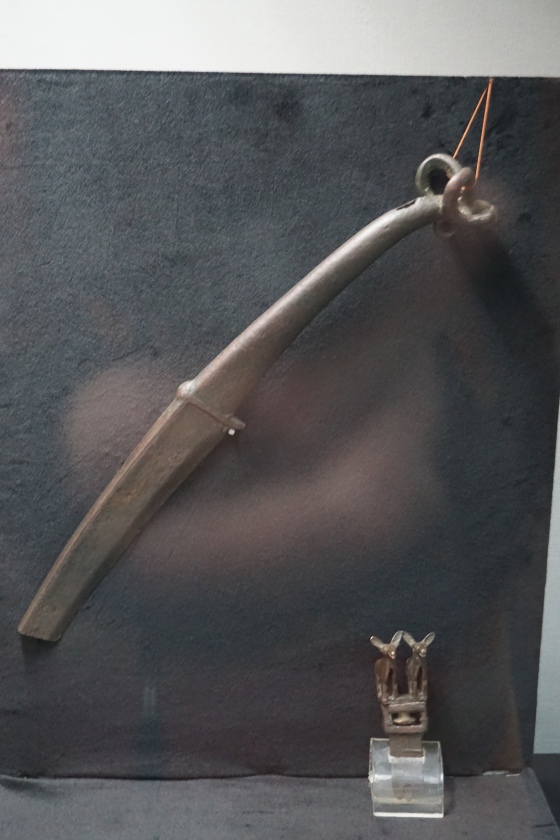 A statue in the museum 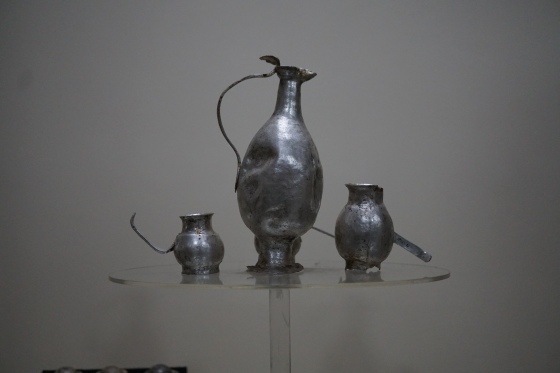 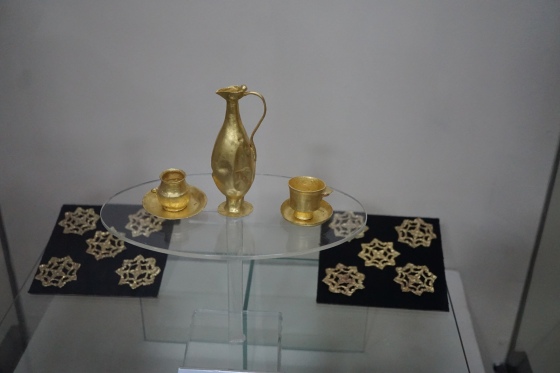 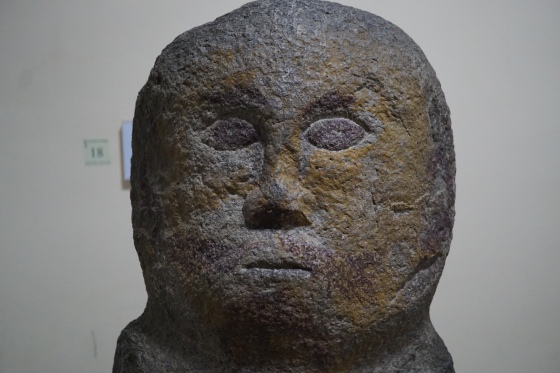 Choir Statue from the 6th Century 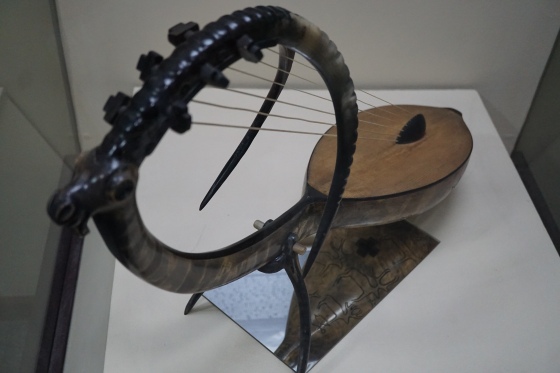 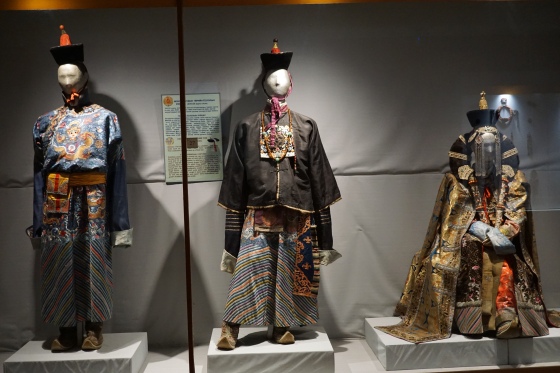 Closeup of the headdress 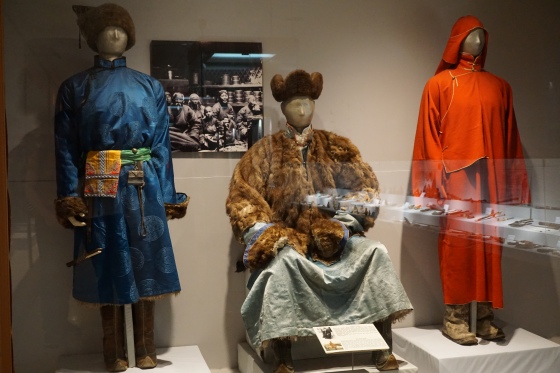 Dearest Child: There is an ancient tradition for Mongolians to care for their dearest (chronically ill) child by making a special dress for the child. In the belief that the dress will serve as a protection.

Seal of a military commander, 1285

Army Black Banner: The black banner signified war. It was made of the mane of black horses and was used as a symbol to inspire and motivate soldiers in battle while discouraging enemies. The black banner and the accompanying steel sword are kept out of house in the open air.

White Banner 13th-19th century: Banner of peace; donated by its hereditary keeper of the banner in 1963 after being in his family for at least nine generations 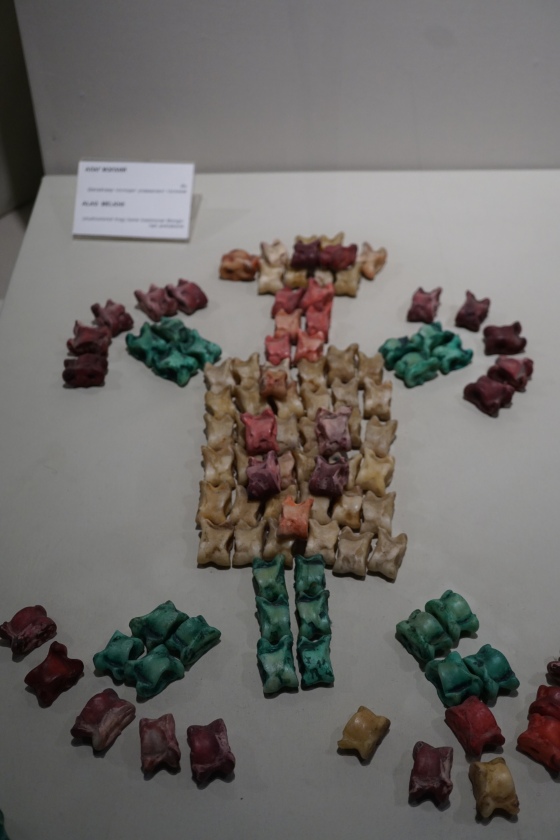 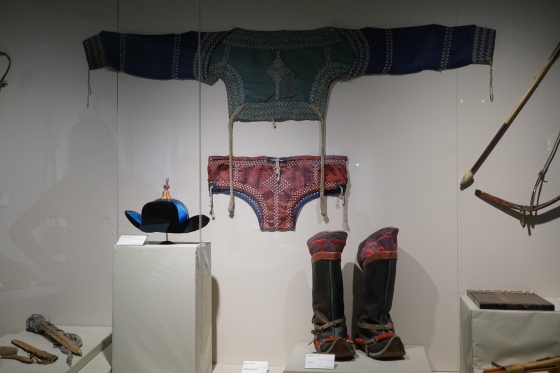 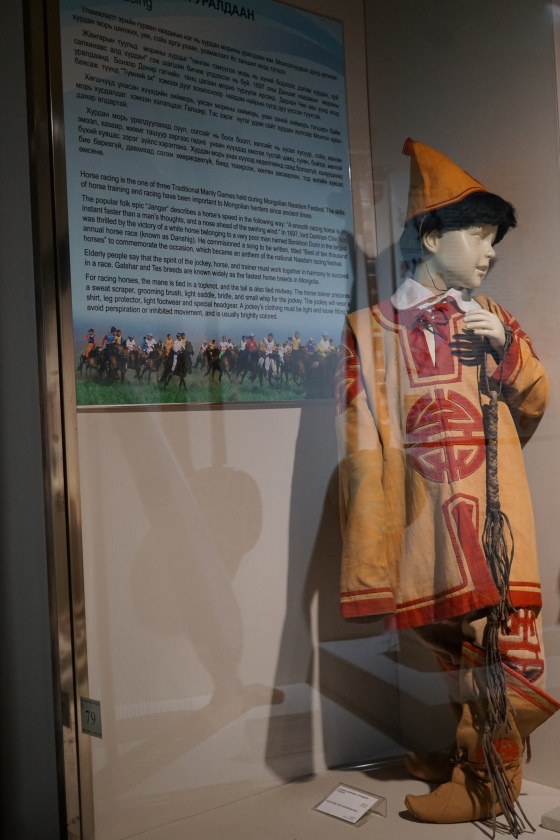 Morin Khuur – later that night we were able to hear one being played!

The last King and Queen of Mongolia

Koen noticed the art on the ceiling featured a lot of funny, lewd drawings 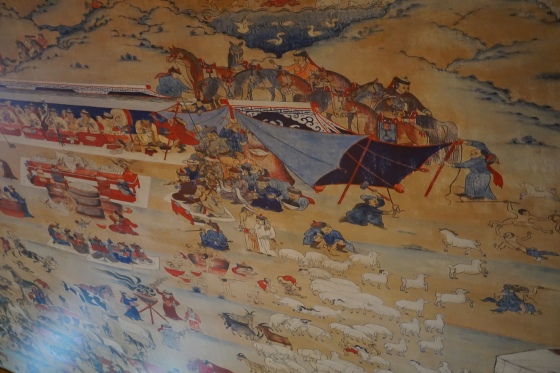 Have a look for yourself!

Khorkhog – Mongolian bbq with beef, potato, carrot, and “flat bread” which is actually more like dumplings 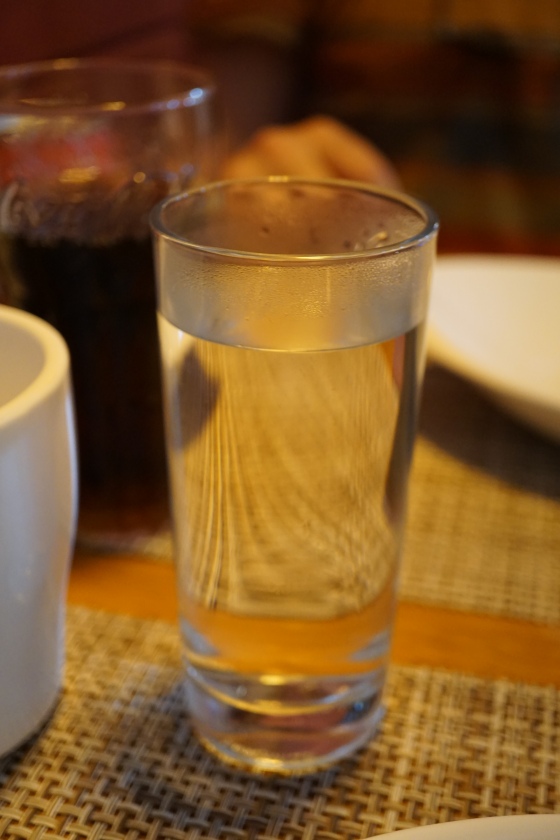 I didn’t want anymore milk tea and was really craving water – then I was brought this glass of boiling water. I asked if it was possible to have a cold glass of water and they looked at me like I was crazy – no cold drinks in Mongolia.

The Gautama Buddha, constructed in 2006 and is 23 meters tall. The Buddha Statue faces to Ulaanbaatar city and it symbolizes peace. A bell and guardian drum were placed around the Buddha.

Zaisan Memorial to the left on top of the Zaisan Hills; honors allied Mongolian and Soviet soldiers killed in WWII