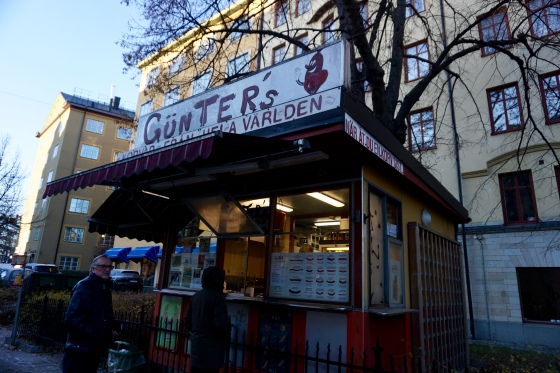 If you’re walking around Stockholm you can’t help but notice all of the hot dog stands. So this trip we decided to do a hot dog tour. Luckily there are so many lists and the one I found must useful was the Culture Trip’s 10 Top Hot Dog Stands in Stockholm. I spent the morning plotting our route for the afternoon. What a great way to see the city – walking to each hot dog destination! One thing I didn’t anticipate – getting full after only two stands! So the rest of the route will have to be carried out next visit…

Walking to the first stand

Günter prides himself on having a variety of hot dogs from all around the world in his small little kiosk—in fact, he has twenty-five different countries covered on his menu, including Argentinian chorizo, Hungarian kabanos, and German wurst. Günters is a classic neighborhood place that has both regulars and people just passing by. It is up in the north of the city near Vasaparken, giving you a great place to enjoy your hot dog. All of his hot dogs are 42 centimeters, which is over a foot long, making them of excellent value. 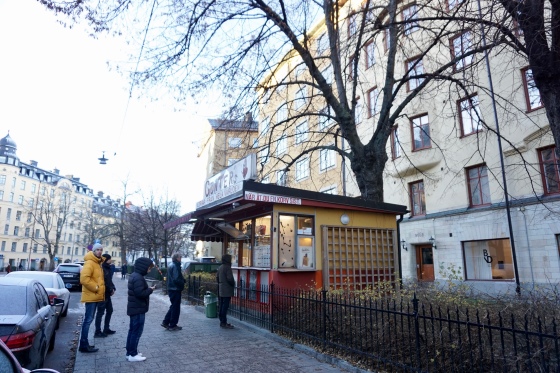 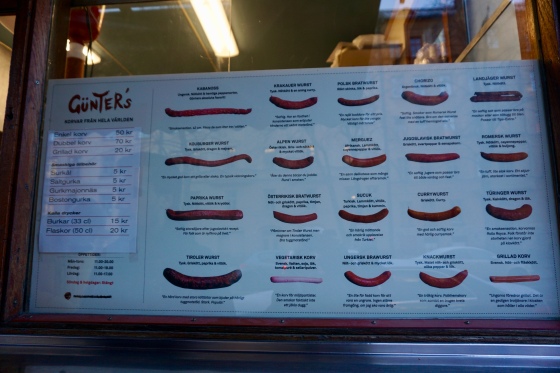 I had to ask for a tip and learned his favorite is the kabanoss, so that’s what i chose and it was deliciously spicy and garlicky 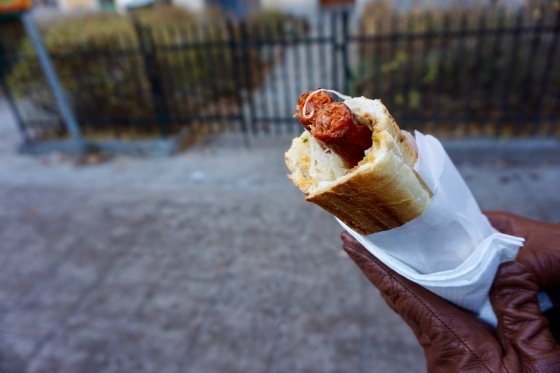 Yummmm! This was the best hot dog I’ve ever had! I had mine with all the fixings – definitely recommend if you’re in the neighborhood. The bread was also so nice and warm and crispy! 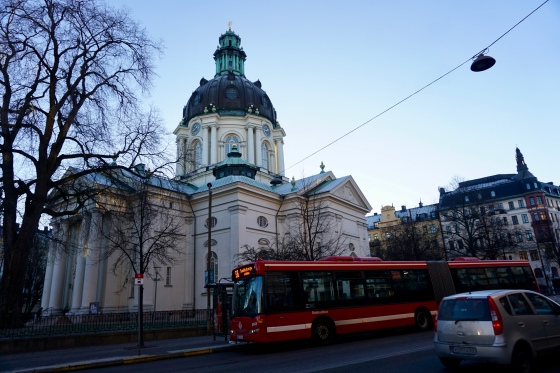 Walking to the next stand

Ostermalm is known for being one of the more upmarket areas of Stockholm, so Ostermalms Korvspecialist’s simple street kitchen might seem out of place, but is has been around since 1992 and is both family owned and well known. It was listed in a book called 100 for 100, about places chefs like to eat at. They work with Bruno’s Korvbar and have become sister shops, meaning what you can get at one place you can usually get at the other. Ostermalms Korvspecialist make their own secret sauces and sauerkraut, which people always rave about. 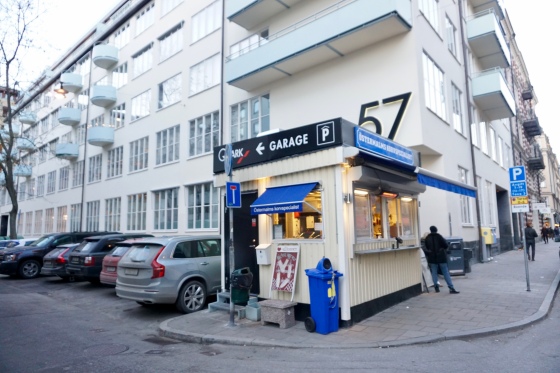 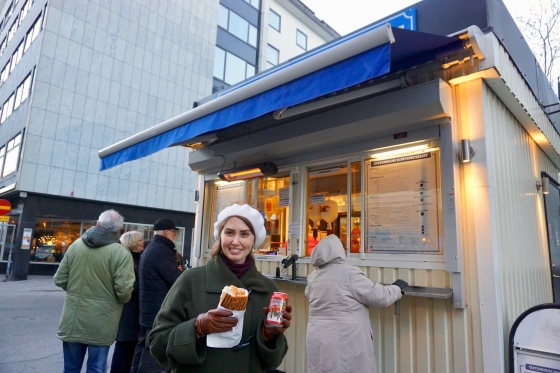 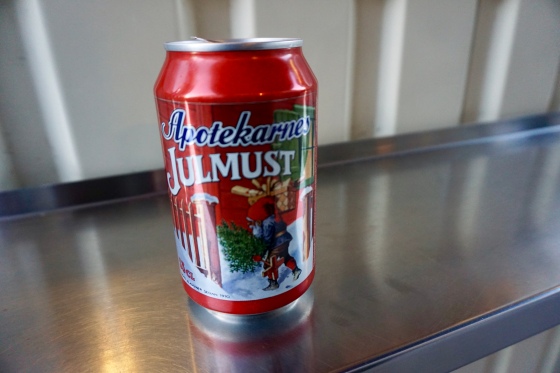 We’ve seen Julmust everywhere and finally asked for more information. Apparently this is a special Swedish cola only available around Christmas time and even outsells Coca Cola in December in Sweden! It tastes like a really delicious cola/root beer hybrid. Loved it! 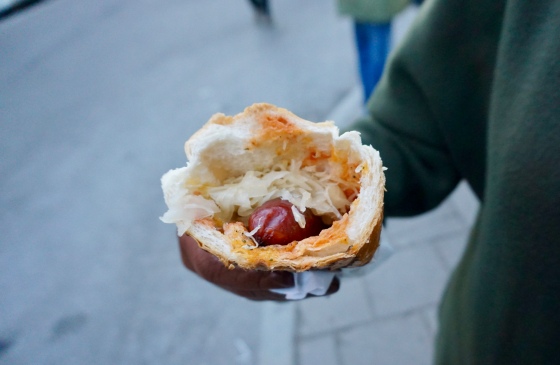 Another kabanoss hot dog stuffed with all the fixings in a warm crispy bread. Worth a visit if you’re in Östermalm!