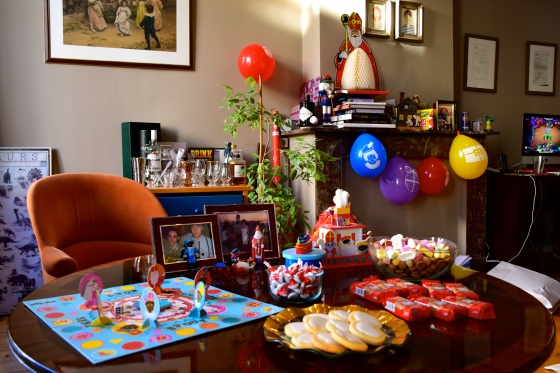 My parents were not only here for Thanksgiving, but their first Sinterklaas, as well! It was nice to celebrate a traditional American holiday followed by a Dutch holiday.

END_OF_DOCUMENT_TOKEN_TO_BE_REPLACED

Sinterklaas in the Netherlands is celebrated the 5th of December (and the 6th in Belgium) but because my sister-in-law Nikki was in Pakistan, we celebrated a bit later.  There are a few differences between the Dutch Sinterklaas and the American Santa Clause. Although the Sint brings gifts to the “braaf” or good children, he is much more strict than my dear Santa. If you are bad, not only do you receive a “roe”, or a cane to be whipped with, but also you will be taken from your parents and home in Sinterklaas’ bag and brought back to Spain, where the Sint lives!

Also, Sinterklaas does not have elves to help him with the days up to Christmas, instead he has Zwarte Pieten, black companions that arrive with him on his steamboat from Spain to help distribute treats. Although originally black to represent the Moorish people who once occupied the Netherlands, they are now black because they are covered in soot from the chimneys!  But as an American here, I don’t think I will ever get used to seeing so many people in black face with huge red lips, afros, and golden hoop earrings! 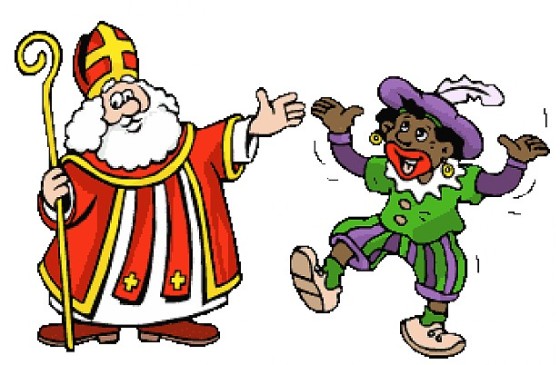