For the second part of Barbara and Sofie’s visit, we visited the Museum aan de stroom (MAS) and then after Barbara and I went to Lojola for coffee and cake.

The dots on the building are actually little Antwerp hands!  If you don’t know about the hand of Antwerp, here is a post I made earlier with the story: Hand of Antwerp. I still have 4 museums to go, but so far MAS is my favorite museum!  It is so beautiful and unique, and the permanent collection is really inspiring and original. If you would like to read more about the museum this is their website: MAS Website.  Each floor of the museum has a different theme and at the very top, you are able to see a panoramic view of Antwerp.

Display of Power, on Prestige and Symbols

“[…] for a long time administrative power was in the hands of the samurai. Initially they were the keepers of order and security, but gradually, and with the emperor’s approval, their political authority grew.

To justify their power to the people as well, the samurai rewrote parts of history. Swords, armour and other skilfully crafted tools of war remain from their centuries-long display of power.” 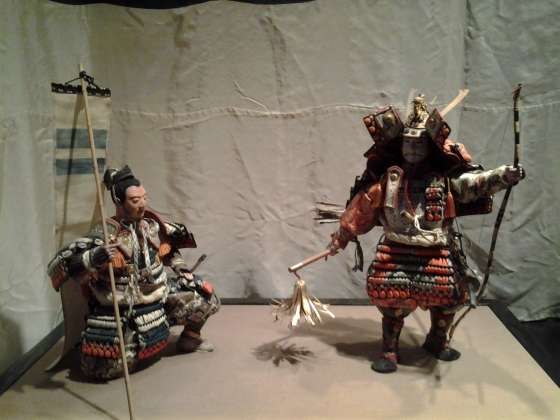 “Most of this African heritage was produced in the second half of the 19th and the early 20th century. In this eventful period, many weapons, symbols of rank, and power figures came into the European hands. They were purchased or bartered by traders, seized during military campaigns, and acquired by religious missions.

These works of art were originally made to the greater honour and glory of local rulers. As symbols of power, they legitimized leadership. Often they also had a protective function.

Some were never intended to be displayed in public, as they are now. Ritual in purpose, they were for initiated eyes only.”

Masks from the Kuba Kingdom of the Congo 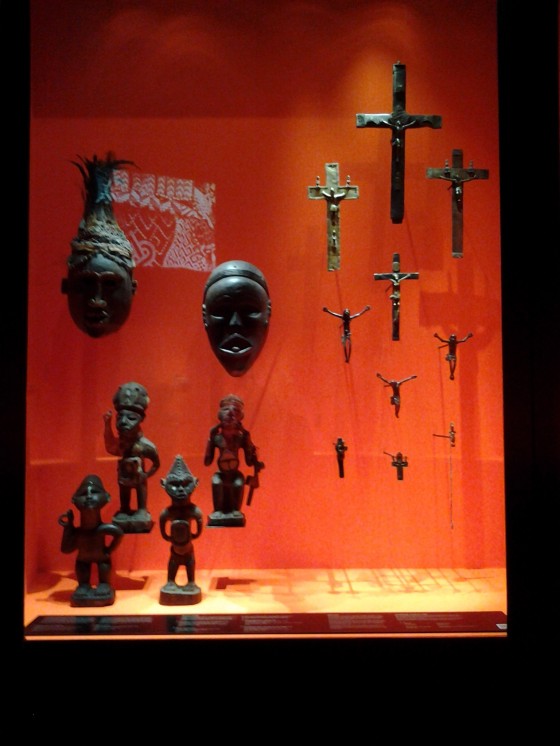 “George Tamihana Nuku is a Maori artist of the Ngati Kahungunu and Ngati Tuwharetoa tribes. He is also of Scottish and German descent. he lives and works in Europe and New Zealand. Nuku sculpts in the Maori tradition, but makes innovative use of modern materials such as polystyrene and perspex. This installation is based on a Maori meeting house which connects people with their ancestors.”

Once you are on the 5th floor of the museum, you have the best view of Luc Tuymans’ ‘Dead Skull mosaic’. From the MAS website:

Look for Luc Tuymans’1,600-m² mosaic, ‘Dead Skull’, on the museum square at the foot of the MAS. The Antwerp artist based his mosaic on a painting of the same name he had produced in 2002, which was itself based on the commemorative plaque to Antwerp resident Quinten Metsys (1466-1529) which is attached to the outside of the Cathedral of Our Lady. Metsys was a painter and founder of the painters’ guild.

‘Dead Skull’ establishes a link between painting in the Golden Age and a contemporary Antwerp icon. It also links two of Antwerp’s towers: the MAS and the Cathedral of Our Lady. It is Luc Tuymans’ first public work to be permanently on display. During his career, he has created over 40 site-specific works, including a large number of temporary murals.

Luc Tuymans’ mosaic innovatively links his knowledge of the painted image to the process of working with stone on an unprecedented scale. He began by constructing a new image from the 2002 painting. It translates all the subtle nuances and painterly qualities to a grid of 488 x 488 pixels. The final architectural design for the mosaic was generated using that image and a specially designed digital conversion programme. It uses four different formats and a palette of 11 different types of stone.”

Metropolis, On Here and Elsewhere

Antwerp and the World on Display 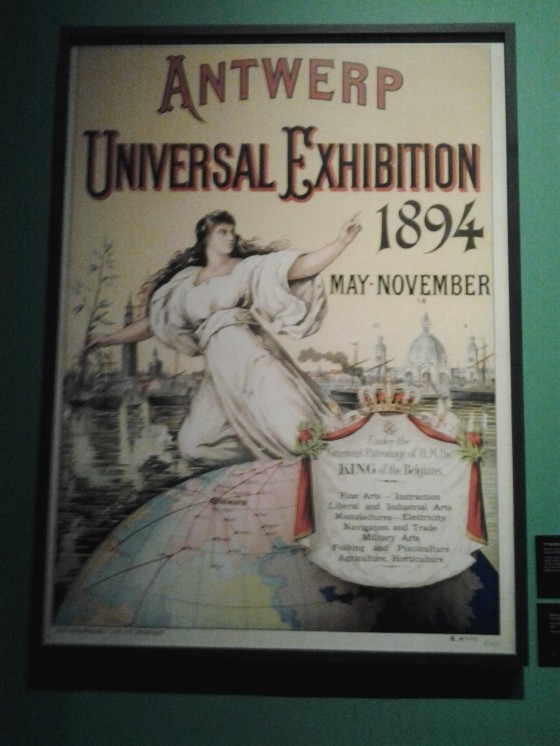 “Organisers of the second Antwerp World’s Fair in 1894 were convinced that the port city could expand to rival metropolises such as London and Paris. They hoped to set Antwerp back on the map as an international port city.”

“Every city or community wants to foster and promote its individuality and prestige. It wants to present a positive image to the world, its visitors and new inhabitants, often in response to its search for self-affirmation.

The city’s face can be seen in buildings and places, even in objects. Such icons display pride and sometimes reveal vanity or recklessness. But they are also forces of attraction and symbols of unification. They bring people together within the colourful diversity of the city.” 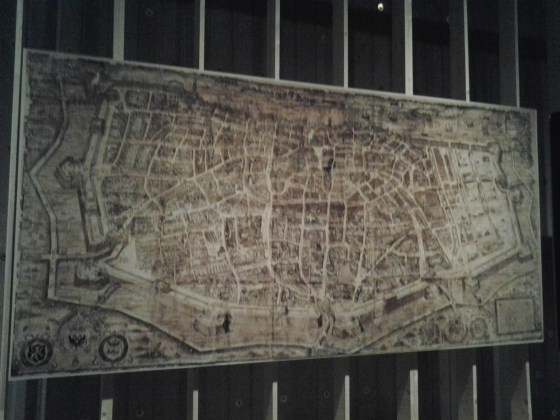 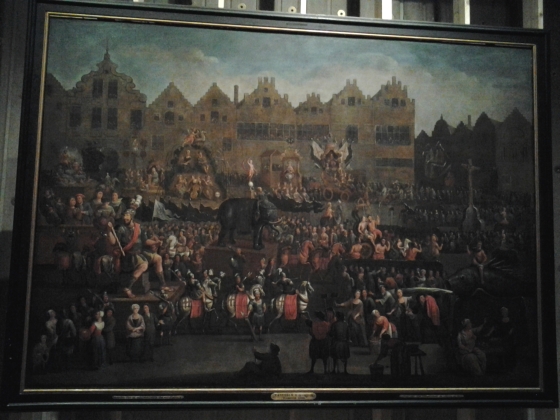 World Port, On Trading and Shipping – my favorite floor collection! 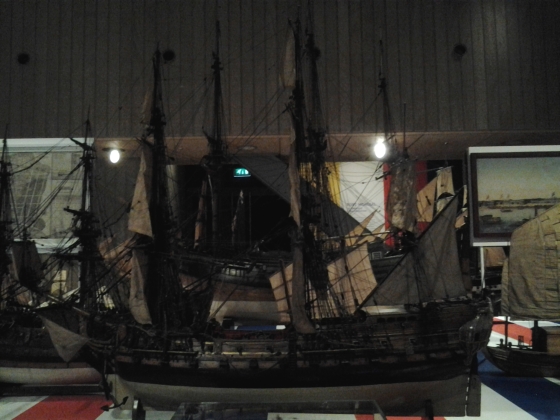 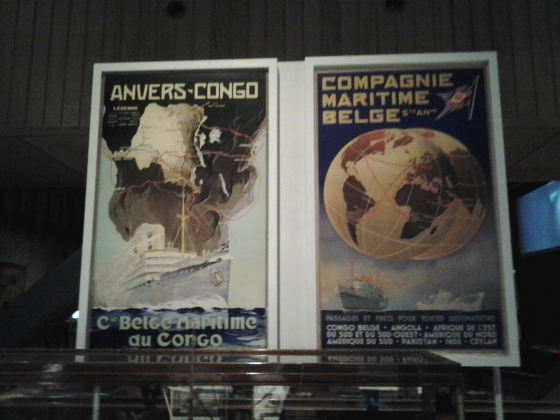 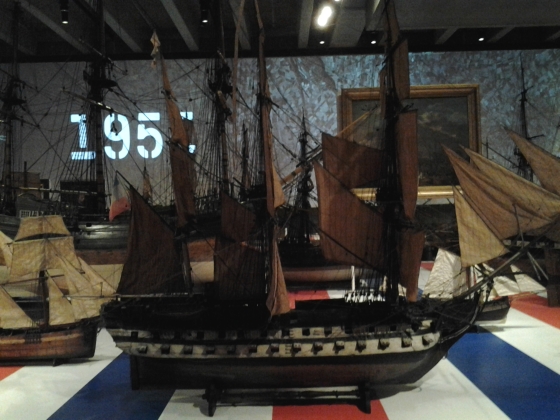 Life and Death, Of Men and Gods

“To the ancient Egyptians, death was not the end. They believed in the afterlife and hoped that eventually they might dwell with the gods, such as the sun god, Amun-Ra, and Osiris, ruler of the dead.

But first, the dead had to make a long and perilous journey through the underworld (Duat). In order to accomplish it safely they were buried with the Book of the Dead, which contained instructions for their passage into the afterlife. And to ensure that life after death was pleasant and lavish, they were also provided with food and equipment. Long after a person died, the family would continue to visit the front chamber of the tomb to make offerings of food and drink and to pray.”

Africa – Living with the Ancestors

“The threatening appearance of the Wanyugo mask benefits their purpose of battling evil. Powerful jaws with sharp teeth, recalling  a crocodile’s or hyena’s snout, and tusks like those of a warthog, underscore the aggressive nature of these masks, which on occasion are said to have emitted swarms of bees or blasts of fire. The masks derive their power from magical/medicinal substances (wah) placed in the small cup on their heads, which in this Janus-headed example is held by two chameleons. But the magic cannot take full effect until the mask is supplemented by a costume of cotton fabric (wao, pl. wabele), and danced to music in context of the ceremony. Due to the dangerous forces they embody, masks, costumes and appurtenances are treated with extreme caution, and are kept in an isolated shelter in the bush, or stored together with the paraphernalia of the Poro society in a sacred grove.”
Taken from: http://www.randafricanart.com/Senufo_Wanyugo.html

No Life without Death in Melanesia

“Funerary rituals assisted the deceased in their departure from the community of the living, and ultimately to acquire the status of ancestor. The rituals also ensured that the released and potentially harmful life force was properly channeled.” 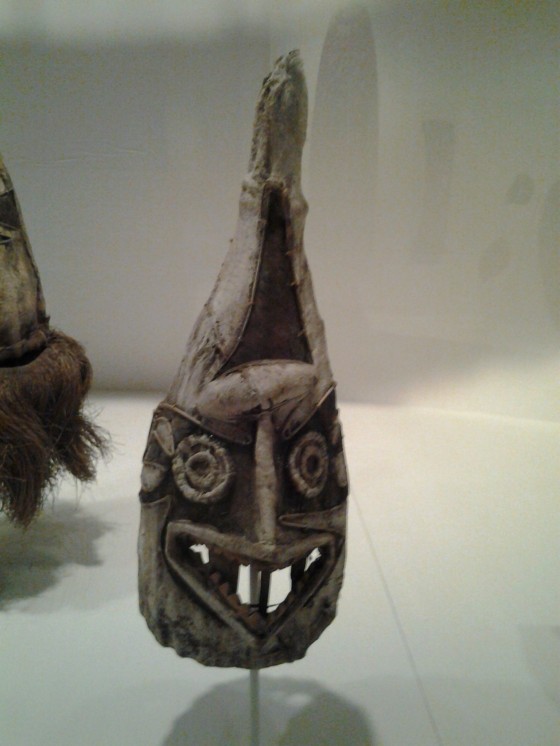 “India  is the cradle of three ancient religions: Hinduism, Buddhism and Jainism. All three believe in rebirth – that after death the soul lives on in another body. Karma, the sum of actions in previous lives, determines the quality of the new life. This is a natural law – there is no god or judge who decides. Achieving liberation from the cycle of rebirth through one’s own efforts is the ultimate goal.”

Buddhism, the Path to Nirvana

“Buddhism owes its name to an Indian prince, Siddhartha Gautama. His followers would later call him the Buddha,the Awakened One or Enlightened One. He lived in the 6th century BCE and was opposed to the caste system, the worshiping of gods, and the sacrificial practices of his time. He sought a way to escape from the sufferings of life and the cycle of rebirth.

Passion and desire: according to the Buddha, these are the greatest causes of suffering. Attachment to worldly things leads to rebirth. But by living a peaceful and detached life, the Buddhist builds up a good karma, the sum of his actions. The karma accumulated in each life follows him or her into the next one.”

Panoramic view of Antwerp from the top of the MAS! 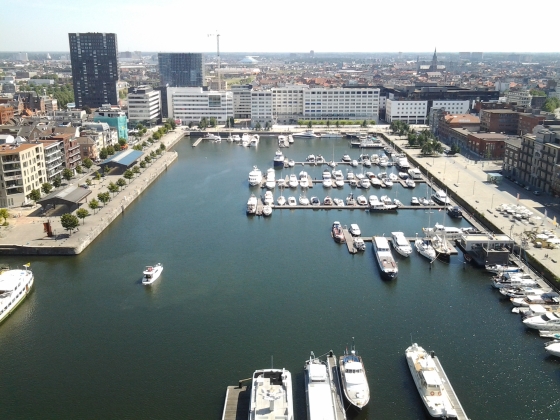 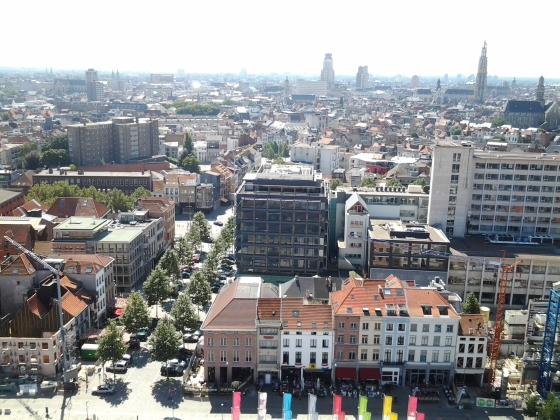 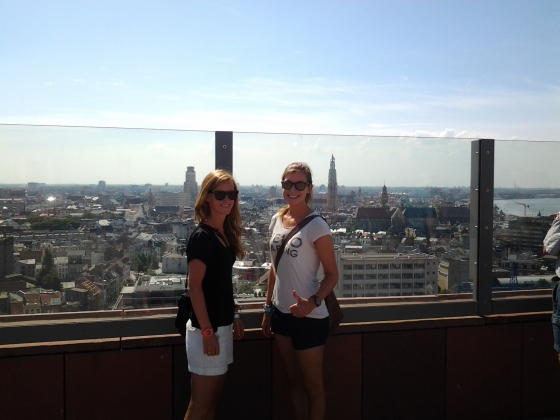 Sofie and Barbara on top of the MAS

Sofie and Barbara enjoying the beautiful weather and view of Antwerp

The weather was so beautiful and warm, so Barbara and I (Sofie had to head back to the Netherlands after visiting the MAS) decided to go to a cute cafe, Lojola, for a treat. Lojola is a cute little cafe that specializes in coffee and cakes.  The cafe is located next to the Carolus Borromeuskerk and you are able to enjoy a nice view of the surrounding area if you’re able to find a seat outside!

Barbara and me enjoying our drinks and the weather!

4 thoughts on “MAS and Lojola”