This dish came about by accident. Originally I wanted to make Green Kitchen Stories’ Involtini di Melanzane, or rolled stuffed eggplant, because I had tomato sauce left over from a couple of nights before. But it turns out I am awful at slicing eggplant. You have to slice the eggplant very thinly, but mine were uneven and all but a few weren’t the entire length of the eggplant. Because the eggplant needs to be grilled in the oven before rolling, I had an idea for making lasagne after seeing the slices laid out in a casserole dish. So instead of pasta, I used the eggplant slices! Mmm…it turned out very well! 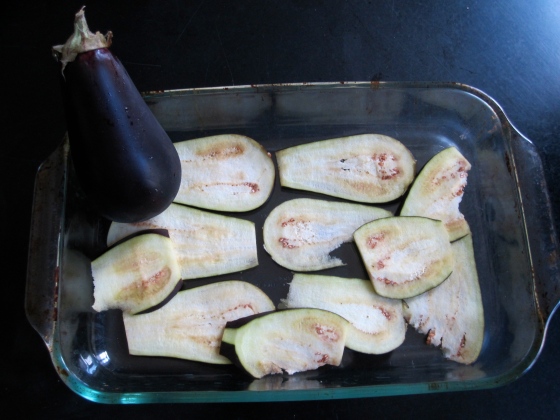 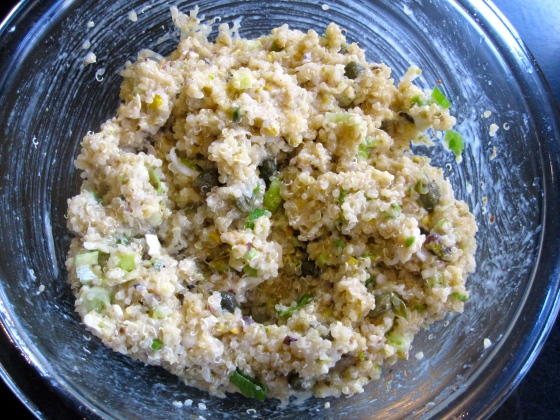 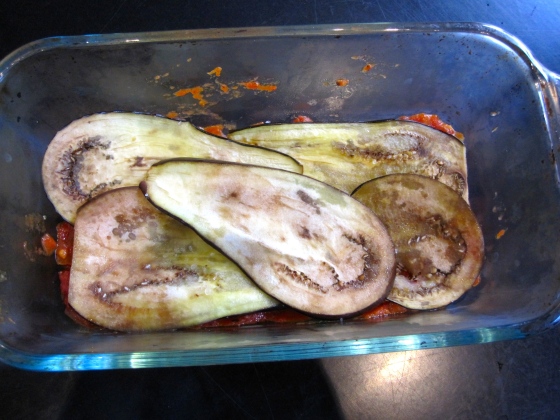 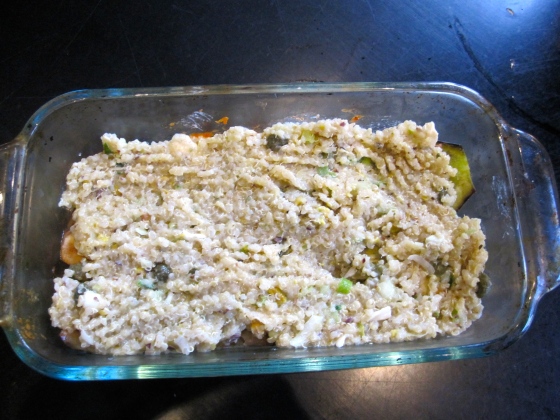 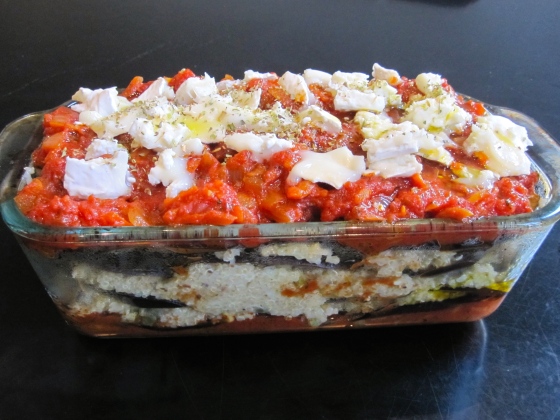 Topped with tomato sauce and goat cheese, ready to go into the oven 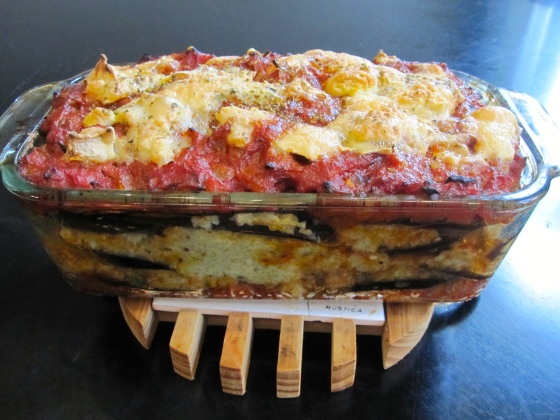 And fresh out of the oven!