Last month Chris and Hannah got married! After more than 10 years together, they finally tied the knot! Koen and I wanted to do something special for them, so we came up with the idea of a Sushi Workshop Bridal Shower – a honeymoon theme because Chris and Hannah were leaving for Japan after the wedding. Bridal showers are traditionally only done in the United States and United Kingdom, so we wanted to bring our version to the Netherlands – a fun way to celebrate the upcoming nuptials of our good friends!

We went into Chinatown (it’s more like Little Asia) for all of the necessary equipment – makisu (sushi) mats, rice paddles, sashimi grade salmon and tuna, sushi rice, and fresh ginger. I love pickling my own ginger for sushi. I use the recipe from My New Roots – very easy and delicious! This was the first time everyone (except Koen and me) made sushi and the results were amazing – every single roll came out perfectly and beautifully! 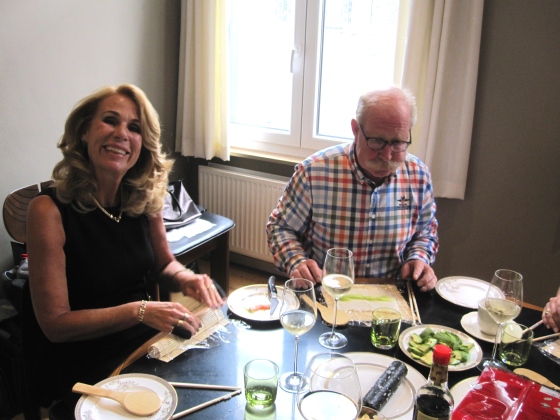 Petra and Arie preparing their sushi 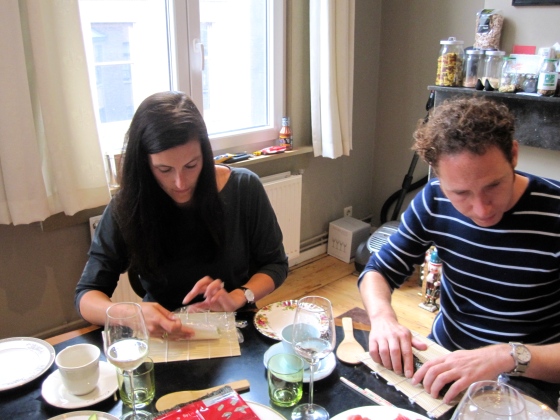 Hannah and Chris rolling their sushi

Our sushi – different combinations of salmon, tuna, avocado, and cucumber