Danish breakfast! The big breakfast on the left and the small on the right.

Day three began with another delicious breakfast at Brødflov on the Falkoner Allé in Frederiksberg. We were the only none Danish people in the crowded organic bakery, so we felt like we made a great choice. The staff was super friendly and helpful. Koen ordered the big breakfast that came with your choice of two types of bread – in Koen’s case a sourdough roll and a tebirke. Tebirkes are a sort of Danish poppy seed pastry that are flaky and a little sweet and sticky thanks to the butter and marizipan. In addition to the two types of bread, Koen received three types of Danish sausage, two types of Danish cheese, and a portion of skyr (Icelandic yoghurt).

I ordered the smaller version which also includes two types of bread and chose the spelt sourdough and kanelmonster (giant cinnamon roll). With our breakfasts you’ll see a portion of homemade raspberry jam. As an American I thought it was just to eat on my bread. But then I looked at the girl next to me and realized I was eating my breakfast completely wrong. First of all the bread comes sliced in half and you receive two slices of cheese. So you put one piece of cheese on each slice. Then you put the jam on top of the cheese. Yum! Luckily it wasn’t too late and I enjoyed the rest of my meal the correct way. Both the big and small breakfasts came with a cup of coffee and the fresh juice of the day, which was carrot, apple, and ginger.

After our huge breakfast we walked through the Frederiksberg gardens and stopped to see the Frederiksberg Palace. Then we headed further south to Valby, another one of Copenhagen’s 10 official districts, to visit the Carlsberg Breweries for the Copenhagen ExBEERience. We did the guided tour and tasting. The tour was really interesting. So much family drama! And of course you can’t go wrong with a tasting! Carlsberg has microbrewery, Jacobsen, named after the founder of Carlsberg which makes beer that is only available in Denmark. So we were able to try the Velvet Ale, Organic Extra Pilsner, and a Brown Ale. Keeping in mind that the tour also includes two beers per ticket, we spent almost the whole afternoon in Valby!

Entrance of the Frederiksberg Gardens, greeted by Frederik VI with the inscription ‘Here he felt happy in the midst of loyal people’ 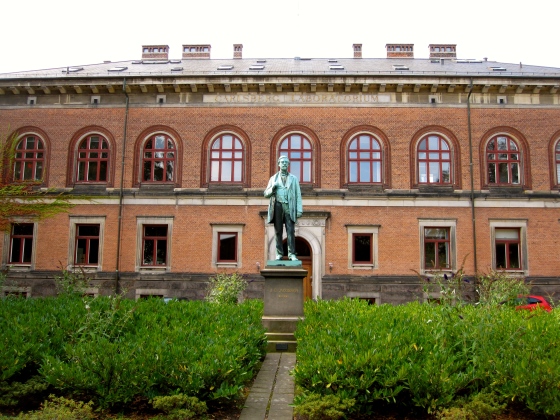 Our excellent tour guide teling all about the family drama 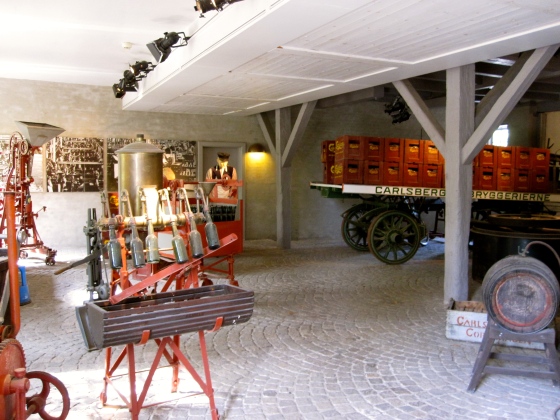 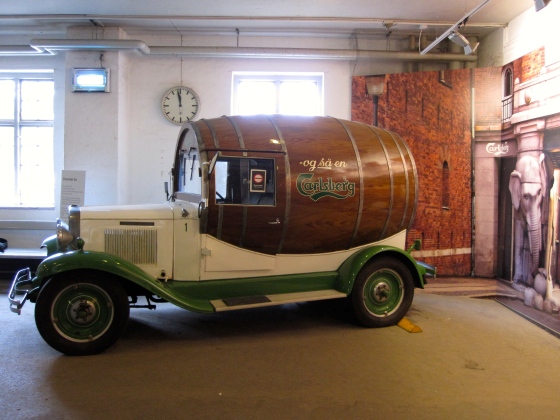 One of the Carlsberg horses

Ready for the Jacobsen beer tasting

The first, Velvet, was my favorite! So smooth! 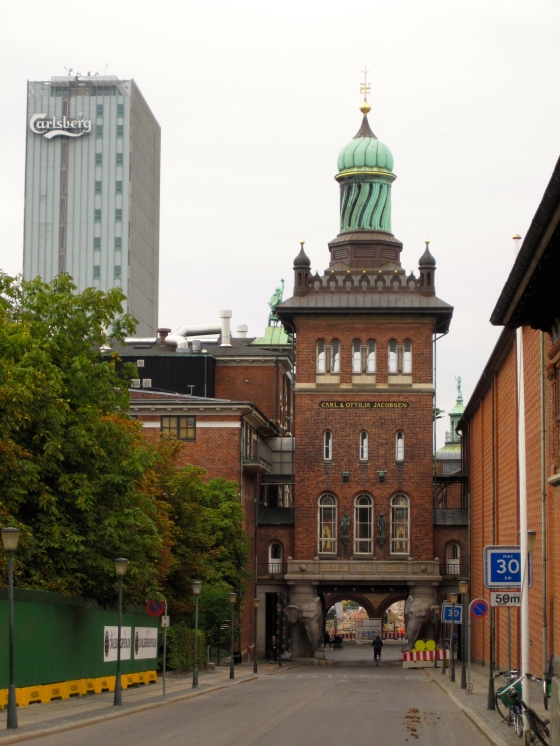 The old Elephant Gate next to the new Carlsberg building

After Carlsberg, we walked through Vesterbro, another district in Copenhagen, settling on the Værnedamsvej aka Little Paris. The Værnedamsvej is located just between Vesterbro and Frederiksberg and is filled with wine bars and cafés. We headed to Falernum for wine and tapas. It’s good we arrived at 4PM, because it filled up very quickly. The vibe is very relaxed. After beer and wine we were getting a but tired, so we headed across the street to Granola for a coffee. Granola was okay, but a bit too touristy. You’ll find it mentioned on a lot of blogs and lists for things to do in Copenhagen and you can tell they cater to tourists. Not so cozy. 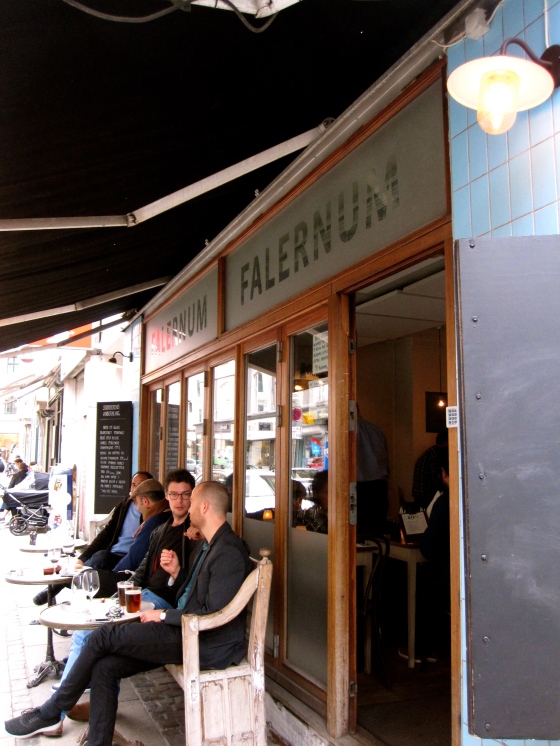 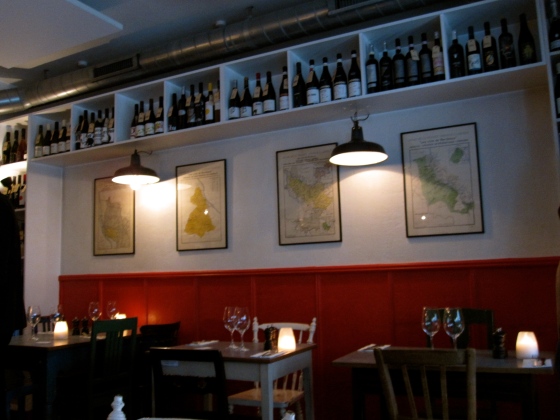 After about half an hour the place was completely packed

My delicious tapas to go with the wine 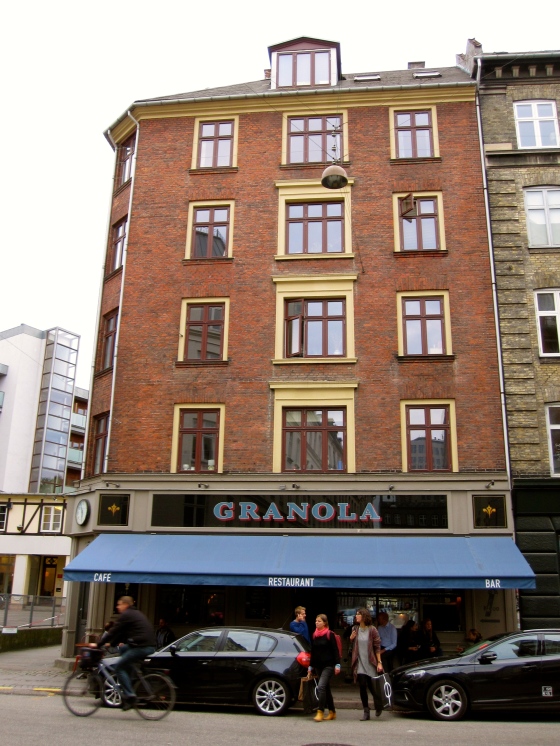 Granola for a cup of coffee 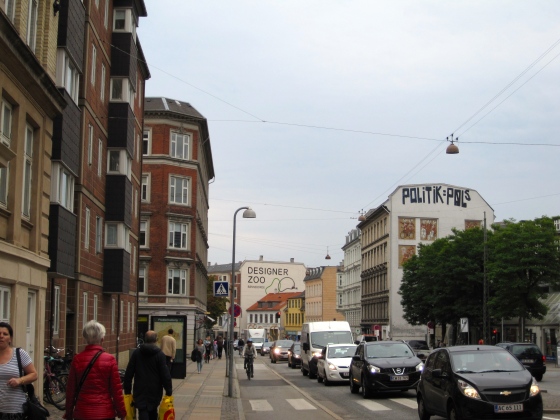 For dinner we stayed in Vesterbro. We read a few good reviews about Madklubben Vesterbro. What a disappointment. This is the only meal we really regret throughout the whole trip. It was way too crowded, loud, and the food was just average – nothing special. The chicken was dry and the vegetables were overcooked. It was at this point in the trip we decided we’d rather pay a little bit more for great food than a little bit less for average fare. 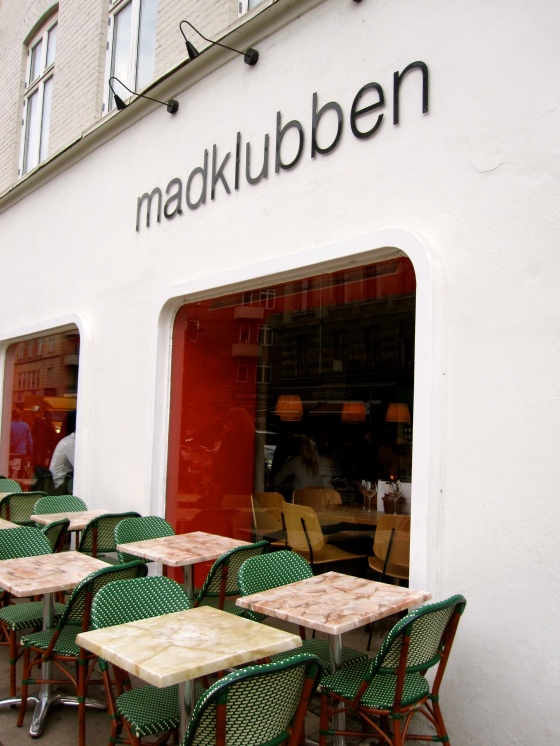 We split the chicken from Hopballe Mill – a corn fed chicken stuffed with herbs, ratatouille, fries, and red wine sauce.