Day Five was our second to last full day in Copenhagen, so we needed to narrow down what we would still like to do. We decided to start the morning with brunch at Kalaset. Koen and I had looked up a lot of restaurants for brunch and Kalaset was always high up on the list. The menu isn’t typically Danish – it’s very continental, so pancakes, eggs, bacon, etc. I guess I should have known that because it’s located in Indre By, there wouldn’t be many locals. Honestly, I think Koen was the only non-American in the packed restaurant and only one of two guys. It was literally filled with American girls doing brunch with friends. This isn’t necessarily a bad thing – I thought it was really funny. I just pretended to be Dutch and Koen and I had our own conversation while eavesdropping all the conversations around us. Who knew that studying abroad in Copenhagen is really great except for the lack of boys and is almost impossible to find a Danish boyfriend?

Waiting patiently for our food to arrive 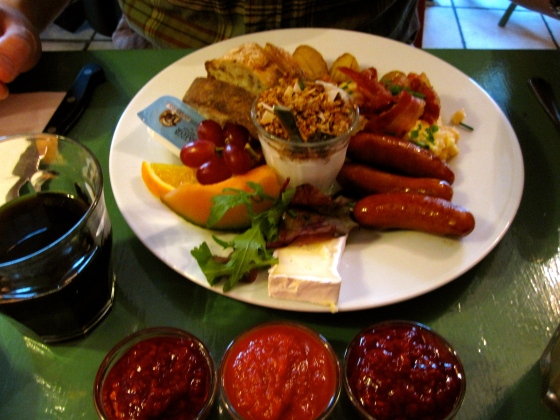 Me with my giant brunch – couldn’t decide so I ordered the blueberry pancakes and the scrambled eggs with bacon!

Ready to dig in!

After brunch, we headed to the Ny Carlseberg Glyptoteket, passing by Copenhagen City Hall and Tivoli Gardens. The Glyptoteket houses the personal collection of Carl Jacobsen, son of the founder of Carlsberg beer. At the museum you can find a little bit of everything – a beautiful winter garden, French and Danish art, and a collection of antiquities ranging from Egyptian to Greek to Roman. We visited most of the collections, but focused on the special exhibitions: “Man Ray – Human Equations” and the collection of Edgar Degas’ sculptures, one of only four complete sets in the world. Unfortunately I wasn’t allowed to take any photos of the Man Ray exhibit. The focus was on Man Ray’s inspiration of mathematical models and Shakespeare, which resulted in the Human Equations series of works. Luckily I do have a few photos to share from Degas! Degas is one of my favorite painters and I never knew that he also created sculptures. The motifs are quite similar to what you’d find in his paintings: ballerinas and women bathing. In his paintings, he captures movement so well, and the same elements of movement can be seen in his sculptures. 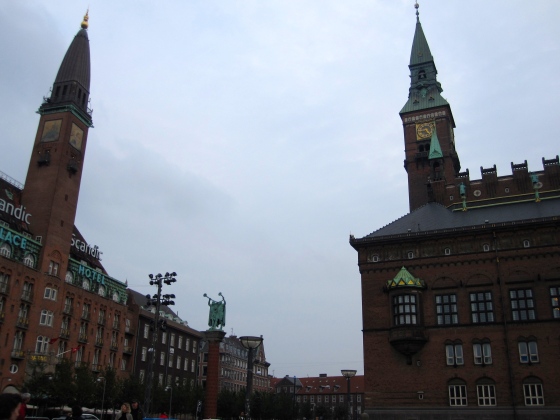 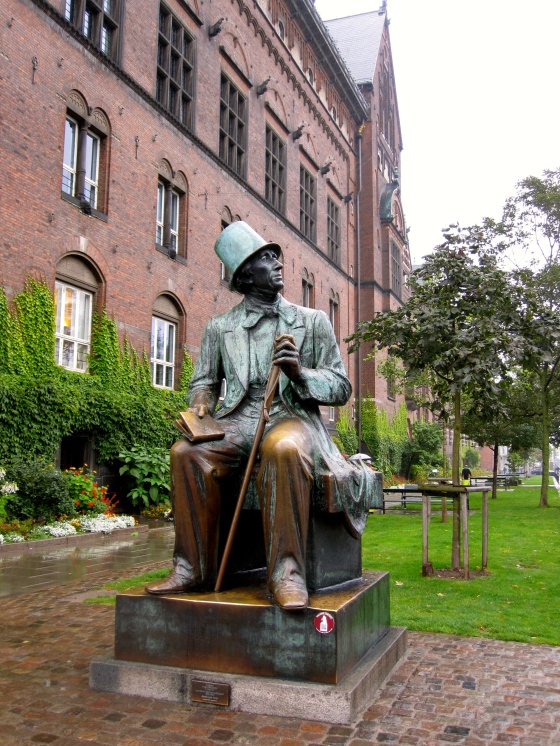 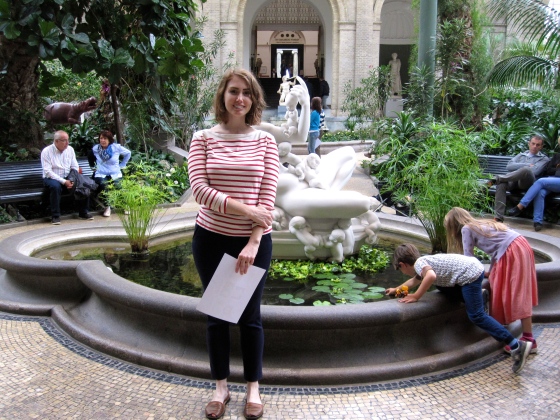 In front of the small pond

A little bit of the tropics in Copenhagen

Closeup of the palm trees 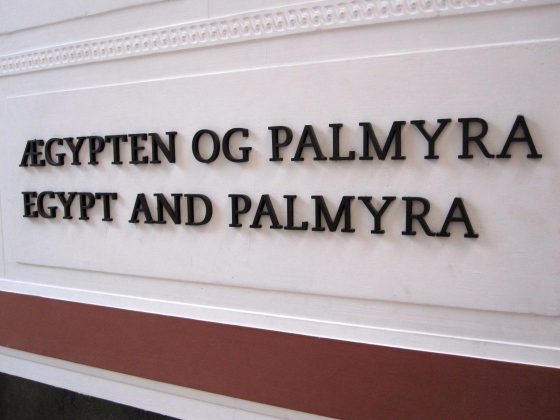 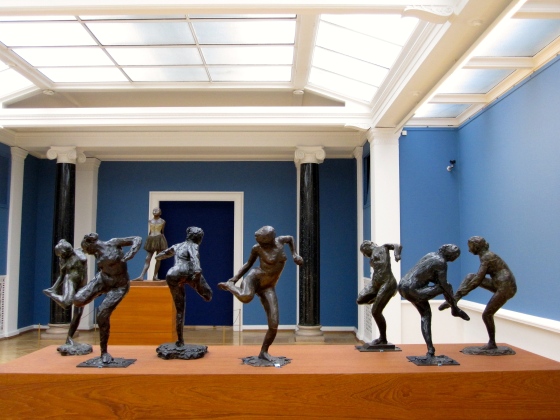 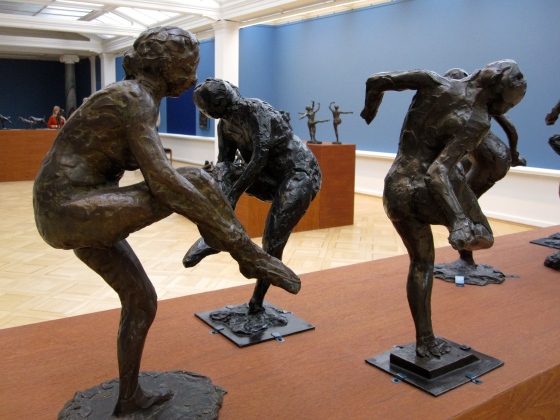 “The Little Fourteen Year-Old Dancer”, the only sculpture Degas ever exhibited (in 1881 at the Sixth Impressionist Exhibition)

After the Glyptoteket we visited Mikkeller for an aperitif before dinner. Mikkeller is a Danish microbrewery in Vesterbro that focuses on making excellent, special beers using the best raw material available. The idea is to brew refined beer that can be served alongside gourmet food, as a serious alternative to wine and champagne. Mmmm! Luckily the beer is served in two different sizes. Koen and I ordered small beers so we could sample a few. So delicious we came back again the next day! 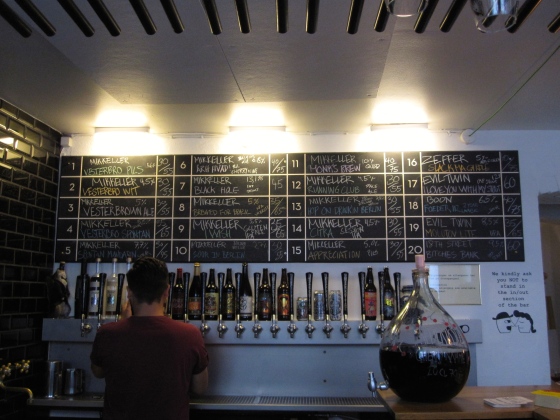 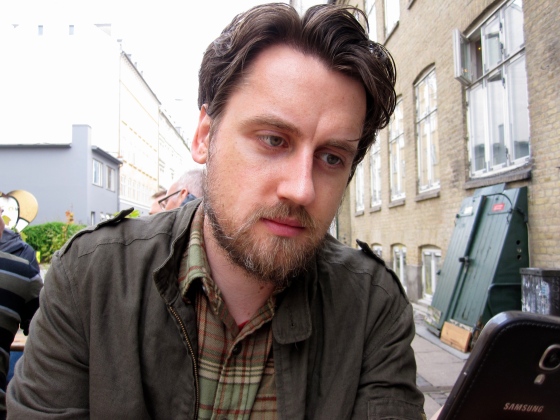 For dinner we headed back to Indre By for dinner at Bror. Bror is a restaurant opened by two former Noma sous-chefs, Samuel Nutter and Victor Wågman. The chefs describe their food as “an intersection between comfort and innovation – in both taste and choice of ingredients”. The food is inspired by Nordic cuisine with ingredients coming from the Northern Europe region. We decided that for our last two dinners we wanted to eat only Nordic cuisine. I tried veal tongue for the first time! 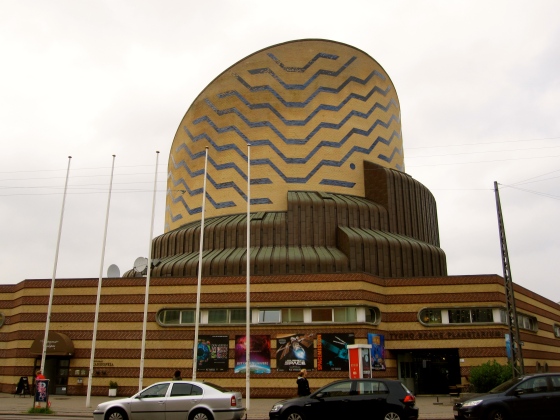 Passing the Tycho Brahe Planetarium on our way to dinner

Reservation for Brörmann at Bror 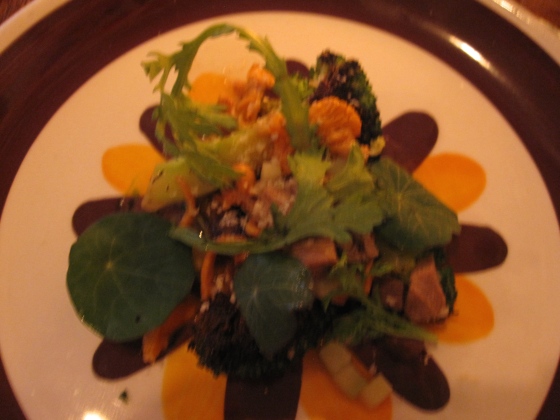 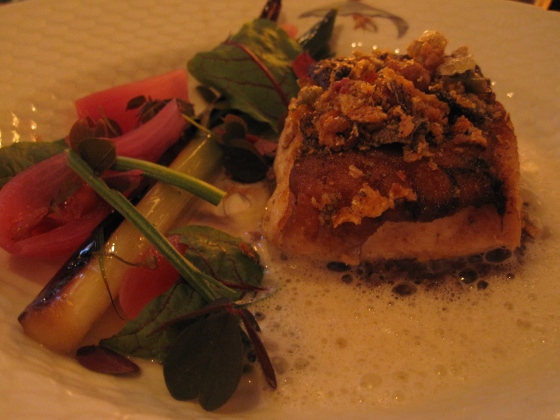 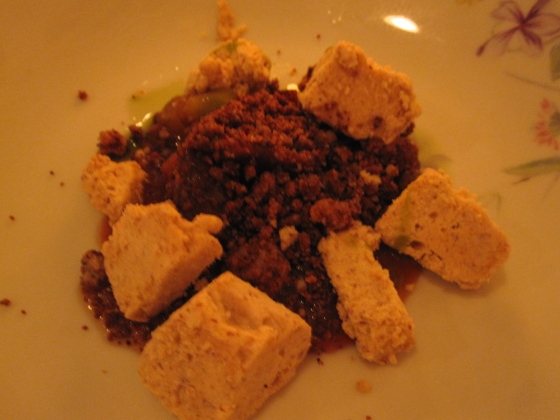