The Time Out Market in Lisbon

I don’t think anyone goes to Lisbon without visiting the Time Out Market. To quote their site:

Have you ever heard of curated burgers? Curated nigiri? Curated pizzas, sandwiches or even curated cod? Probably not. After all, Time Out Market is the first market in the world where everything has been chosen, tasted and tested (with four or five stars, and not one star less) by an independent panel of city experts: Time Out’s own journalists and critics. More than 40 spaces with the leading representatives in all the food categories that help make Lisbon what it is – and tastes – all together under one roof. Find out everything you need to taste – and what Time Out had to say about it.

Time Out Lisboa Magazine opened their food hall in the Mercado de Ribeiro, a landmark in Lisbon since the 1890s when it first opened. If you arrive before 14:00, you can check out the fresh market. We decided to have a look first before heading to the Time Out Market.

So many fresh vegetables 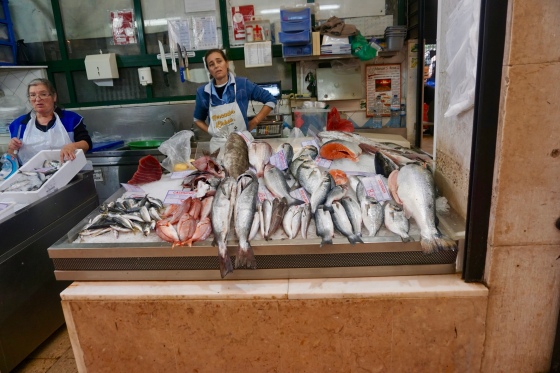 And of course a lot of fish and seafood!

On this, the Licor Beirão brand’s second visit to the Time Out Market, the drink known as Portugal’s most Portuguese liqueur is once more showing just how versatile this product, which has been on the market for more than a century, can be. To that end, it has brought along a drinks list featuring six ways to drink a Beirão: in classic style, that is, on ice; in cocktails, namely Caipirão (adapted from the Brazilian Caipirinha) or Morangão (with strawberry instead of lime); with tonic water; in sangria; or as special edition ‘Beirão d’Honra’, a drink that combines the traditional Beirão flavour with an aged aguardente (Portuguese grape brandy) and which is drunk straight, without ice or lemon. But the novelty at this new kiosk is the pairings of the drink with light (very light) snacks that the brand has brought in as a pioneering experiment. 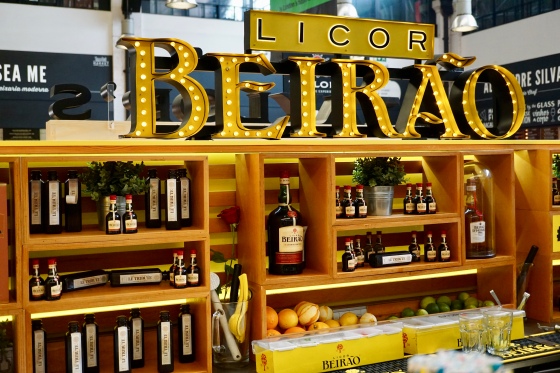 Curious to try a Beirão cocktail!

One of our most high-profile chefs, whose fame is not due solely to his media exposure. It is largely thanks to his dishes – based on tradition but with touches of international haute cuisine, and which have won over all the country’s food critics, including those at Time Out. His packed CV takes in leading restaurants in London and Sydney as well as various projects of his own (such as the new Alma, in Chiado). At the Mercado da Ribeira, Sá Pessoa offers a selection of the dishes that have made him famous and which he learned to make on his travels around the world.

Time Out says “Sá Pessoa is probably the best example of the new generation of Portuguese chefs. He has charted a solid, intelligent course, taking calculated risks and showing a clear desire to communicate to clients why the country’s cuisine is worthy of much greater attention abroad.” 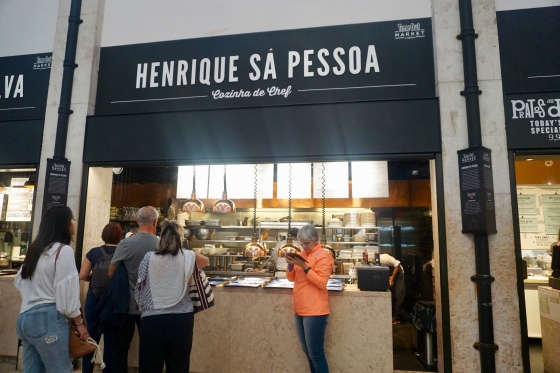 It has been almost a decade now since Time Out branded the steaks at this place Lisbon’s best. The thick-cut, tender meat and the way it is served in a tasty cream sauce – perfect for dipping the chips that come with it – are all factors. The place has kept up its standards for more than 30 years, and now there is this offshoot at the Mercado da Ribeira, where you can choose from a range of types of meat. If in doubt, go for the lombo (sirloin) – it is a safe bet.

Time Out says “Perfection is here, in these few cubic centimetres of sirloin steak, preferably on the rare side, drowned in a divine sauce, with fries that stimulate all the senses.”

At more than 100 years old, the city’s best charcutaria has set up shop in the Mercado da Ribeira with an array of Portuguese cheeses and sausages of the very best quality. They can all be sampled as part of selection boards, in sandwiches or to take home. From the original shop in Lisbon’s Baixa come professionalism and tradition; from the Mercado da Ribeira comes the inspiration to make this a showcase for original products, all of them made in Portugal.

Time Out says “The cured queijo da Serra cheese is the great treasure here. It shows how it is only possible to launch a project such as this with a lot of work, a lot of knowledge and, above all, a love of what you do.” 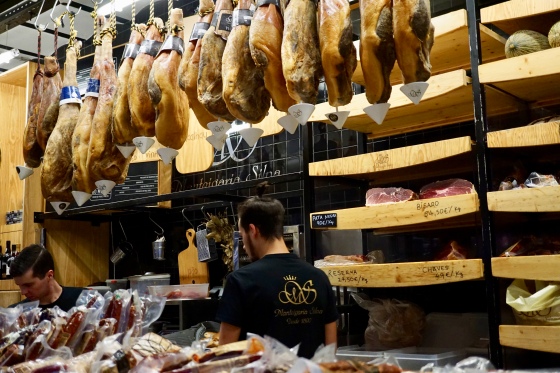