For our last day in London we visited the Royal Academy of Arts for the Renzo Piano exhibition. I’ll be honest – I didn’t know who he is, but Hannah is an architect and big fan, so she convinced us to go. The exhibition was super interesting and I didn’t realize how many of his buildings I’ve already seen, like the Centre Pompidou, The Shard, and New York Times Building.

“From The Shard in London to the Centre Pompidou in Paris, the buildings of Renzo Piano have enriched cities across the globe. We reveal the vision and invention behind his pioneering work, showing how architecture can touch the human spirit.

United by a characteristic sense of lightness, and an interplay between tradition and invention, function and context, Piano’s buildings soar in the public imagination as they do in our skylines. Counting the New York Times Building and the Jean-Marie Tjibaou Cultural Centre in Nouméa among his creations, he has cemented his place as one of the greatest architects of our times.

This illuminating exhibition follows Piano’s career, from the influence of his Genoese heritage and his rise to acclaim alongside friend and collaborator Richard Rogers, to current projects still in the making. Focusing on 16 key buildings, it explores how the Renzo Piano Building Workshop designs buildings “piece by piece”, making deft use of form, material and engineering to achieve a precise and yet poetic elegance.

Marvel in rarely seen drawings, models, photography, signature full-scale maquettes and a new film by Thomas Riedelsheimer that show how inspiring architecture is made. At the heart of the exhibition is an imagined ‘Island’, a specially designed sculptural installation which brings together nearly 100 of Piano’s projects.

Designed and curated in close collaboration with Piano himself, join us for the first exhibition in London to put the spotlight on Piano in 30 years.” 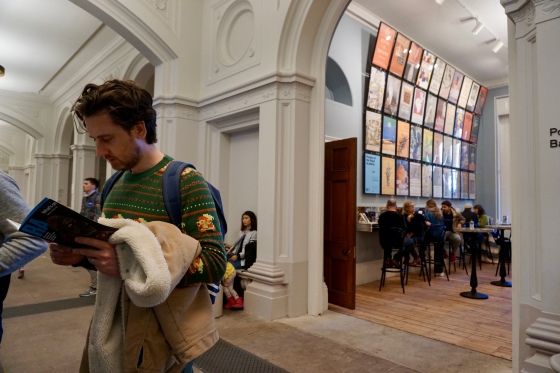 In line to buy tickets 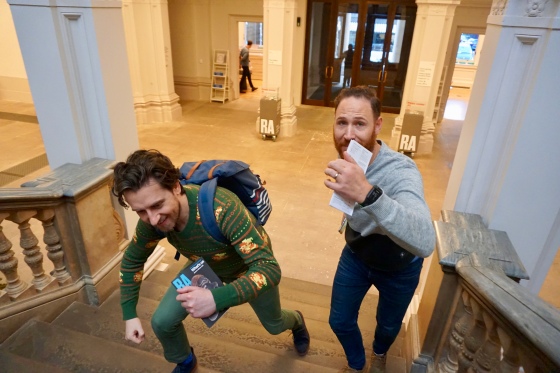 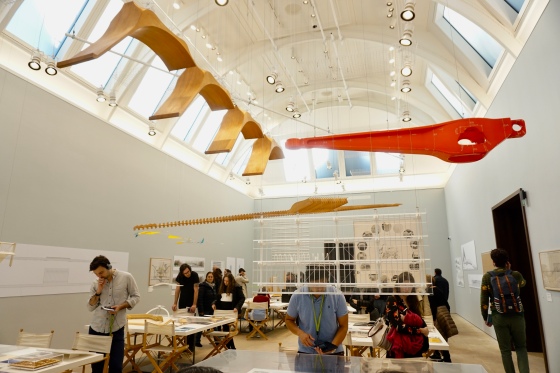 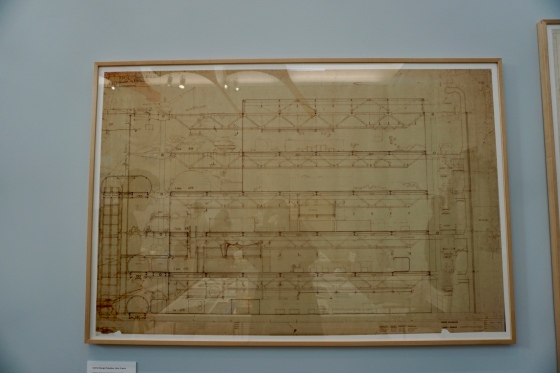 Centre Georges Pompidou: Section drawn by Alan Stanton showing the clarity and simplicity of the structure, with the floor plates supported by very deep 48-meter-long lattice beams. Circulation and services are separated out to become features on the exterior, leaving the interior free for a multitude of uses. 1972

California Academy of Sciences; San Francisco, USA; 2000-08: The multi-tasking Living Roof offers an environment in which the optimum conditions for native plants, insects and birds can be explored and presented. Undulating to resemble a natural landscape, its roles include insulating and cooling, reducing noise, capturing storm water, generating power from 60,000 photovoltai cells wrapped around its perimeter, and controlling sunlight and glare. The planting uses specifically developed biodegradable coconut-fiber trays, an innovation that is now replacing plastic in green roofs worldwide.

Interview with Renzo Piano and overview of his works to scale

The Whitney Museum of American Art; New York, USA; 2007-15: Bas-relief south elevation showing the sculpted form and its relationship to the Hudson River on the left and the High Line park on the right, which is co-opted almost as part of the building. Public terraces step up the building, while the lower volume is sliced as a gesture of invitation to enter. This early facade cladding arrangement expresses the floors within. 2010

The Whitney Museum of American Art: Sketch and concept models exploring a color-coded program of functions within the building

And for London, Piano’s most famous work: The Shard; London, UK; 2000-12: Very tall, very delicate and with a refined, dynamic skin that both reflects the changing skies of London and reveals life within, The Shard is unlike most of London’s new generation of skyscrapers, both outside and in.