The last few times I’ve been in London have been for work, not really for sight-seeing. But this time Koen needed to go London for work, so I tagged along and was able to do some exploring – including the neighborhood where we stayed – King’s Cross, while Koen was in meetings and conferences.

For me, King’s Cross is most famous because of the 9 3/4 Platform in the Harry Potter books, but there’s more to the area than wizards and Hogwarts. King’s Cross is located centrally within Greater London and was formerly a red light district. Now you can find the internationally renowned art school Central Saint Martins and a lot of cool restaurants in Granary Square. It was a great starting and ending point each day.

We stayed at the beautiful St. Pancras Renaissance Hotel London, which opened in 1873, designed by architect George Gilbert Scott. The location is perfect if you’re taking the Eurostar, because it’s attached to the international train station. 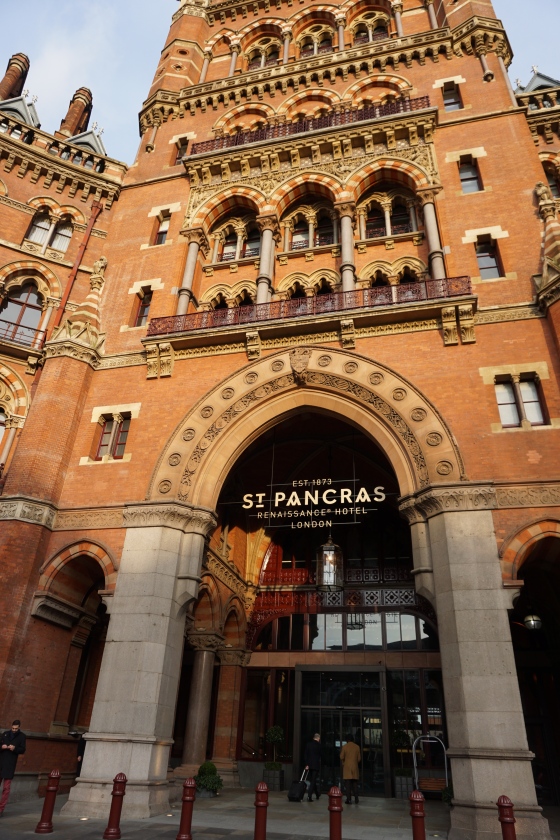 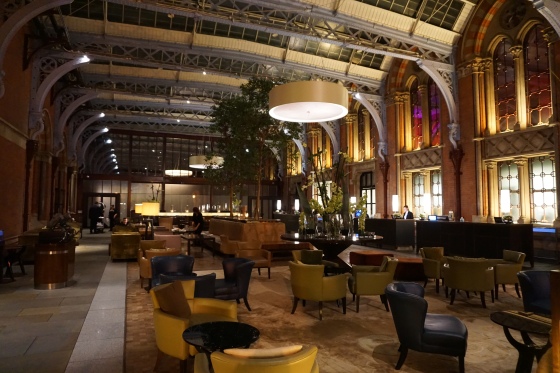 Crossing the river to Granary Square

For breakfast I visited The Lighterman. The name is inspired by the industrial past of King’s Cross, and the Victorian Lightermen who worked on flat-bottomed barges, known as “Lighters”, on the canals and rivers of London. Here you can enjoy a delicious modern British menu with a view. 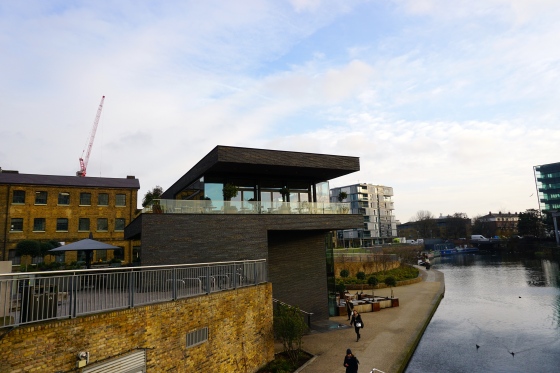 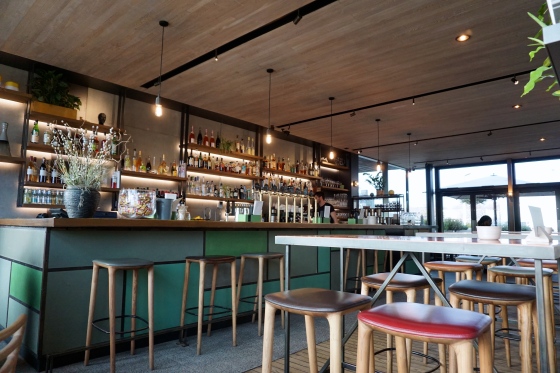 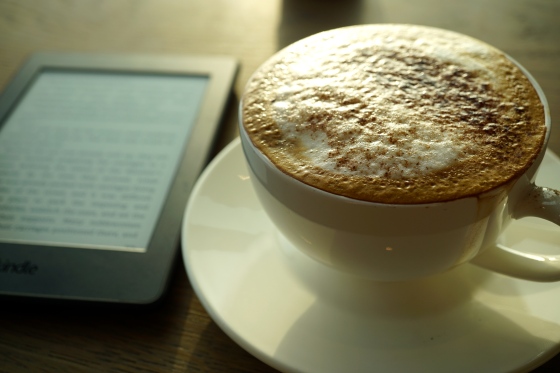 Cappuccino and a kindle for company 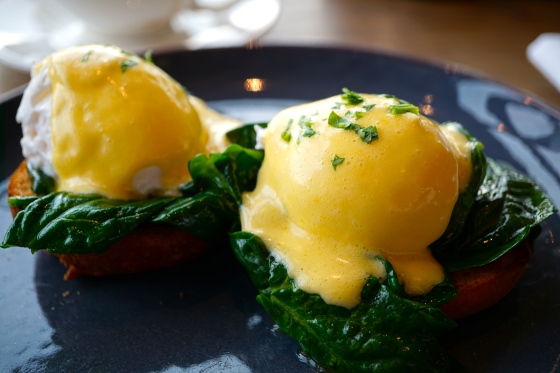 Another restaurant on Granary Square is Grain Store, an innovative and sustainable restaurant. To quote their site, “There are no geographical boundaries to the influences that have inspired our eclectic menu; they are a culmination of Bruno Loubet’s extensive travels and the years he has dedicated to his beloved vegetable patch. Although many dishes have a meat or fish element, vegetables are given equal billing, if not the starring role. Fermented, sprouting, pickled and smoked ingredients feature alongside the fresh and the seasonal. Flavour above all else is king.” Koen and I went here once he was finished working to enjoy a few drinks at the bar. 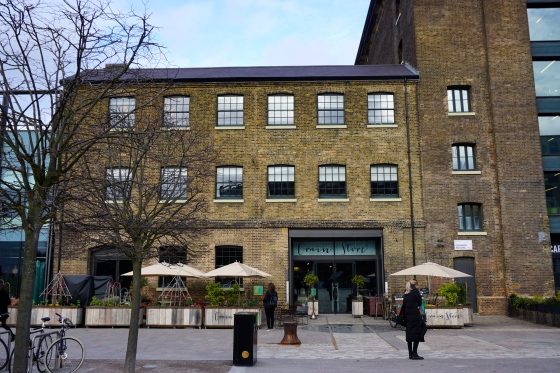 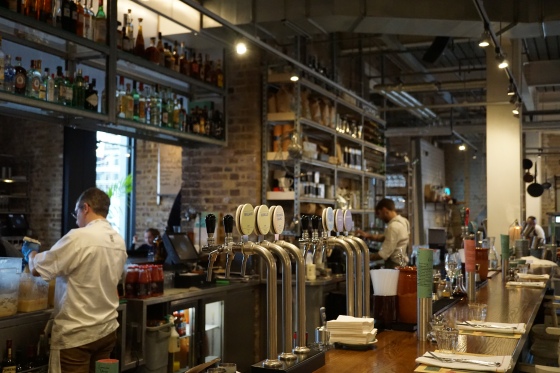 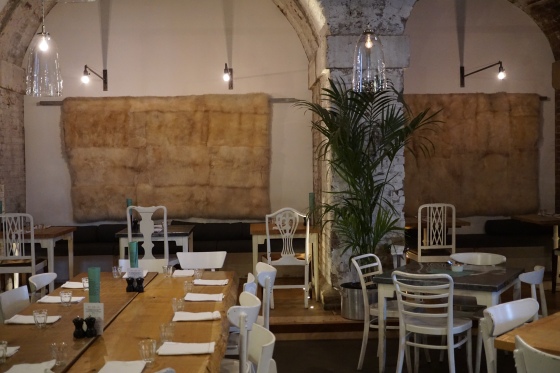 Onion bread with creme fraiche butter, a Parnsip Bellini, and a Gooseberry Collins

I was most excited for our dinner reservation at Dishoom! When we were last in London, I was working and Koen went exploring and discovered this delicious Indian restaurant, a Bombay Café. To describe the food and experience, “Begin your day at Dishoom with breakfast, which might be a Bacon Naan roll, a Kejriwal or a Big Bombay. Then lunch lightly on Roomali Rolls and Salad Plates, or linger with a feast. Refresh your afternoon with a drop of Chai and a small plate or two. Dine early or dine late. Or just join us for a tipple – perhaps an East India Gimlet, a Viceroy’s Old Fashioned, or our very good Dishoom IPA?” Everything was worth the wait to eat there at last. If you’re in London, and definitely if you’re in King’s Cross, Dishoom is a must! 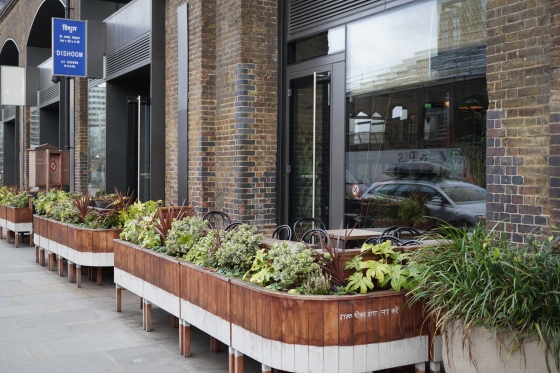 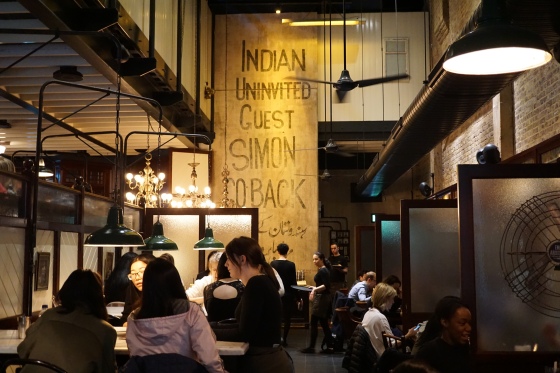 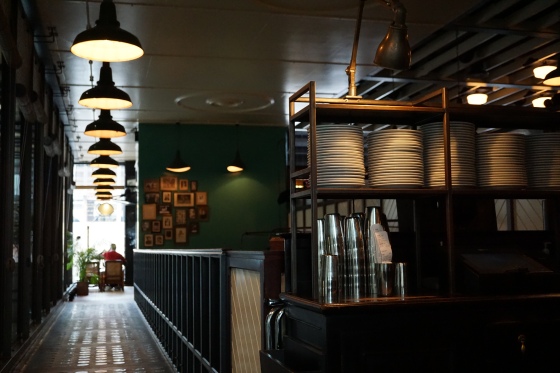 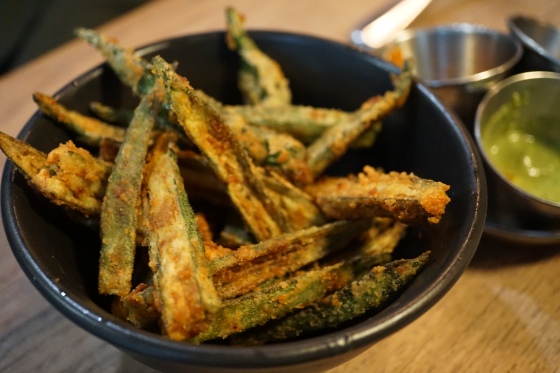 Butter-Bhutta, corn on the cob with butter, chilli, salt and lime 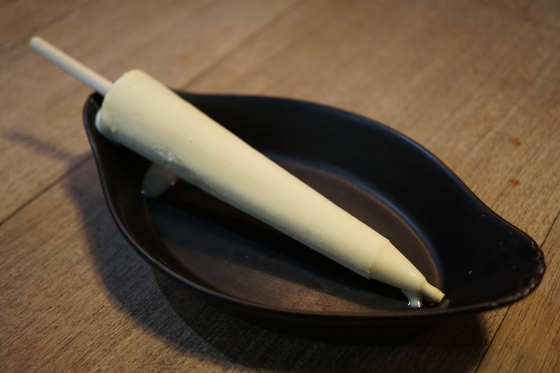 Malai Kulfi, a cold and sweet creamy treat with a hint of caramel

The British Library is located around the corner of our hotel. Koen had visited the time before and suggested we go for an hour or two. One thing I love about London is that all of the museums are free. So if you are out and looking for something to do, it’s inexpensive to explore the different exhibits. When we went to The British Library there was a great temporary exhibition: Jane Austen Among Family and Friends, bringing together writings from Austen’s formative teenage years for the first time in 40 years, plus family letters and memorabilia. No photos allowed inside, unfortunately.

As I mentioned at the beginning of this post, in the Harry Potter books, the King’s Cross railway station is the starting point of the Hogwarts Express. The train uses a secret Platform 9¾ accessed through the brick wall barrier between platforms 9 and 10. In the station, they’ve made a sign for the Platform 9¾ along with disappearing luggage going into the wall. I really wanted a photo – but I would have needed to wait for an hour or so. Such a long line! 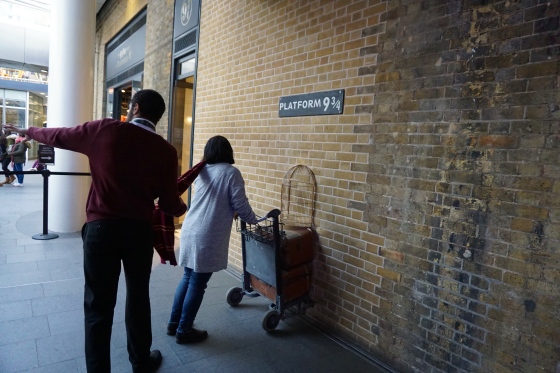 Someone getting ready for their Harry Potter photo

Although in Bloomsbury and not King’s Cross, I am including the British Museum in this post because it’s only a 30 minute walk from King’s Cross. I’ve been in London many times but never to the British Museum and I really wanted to see the Rosetta Stone in real life! I had also seen photos of the round Great Court and wanted to see it for myself. This is a museum where the entrance is free for the permanent exhibitions and you pay for the loaned temporary exhibitions. I really wished I was visiting a few months from now so I could see the Katsushika Hokusai exhibition! 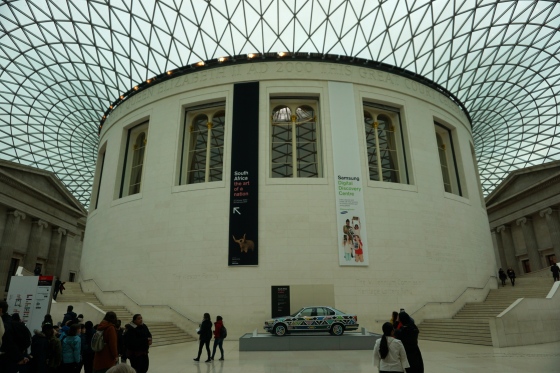 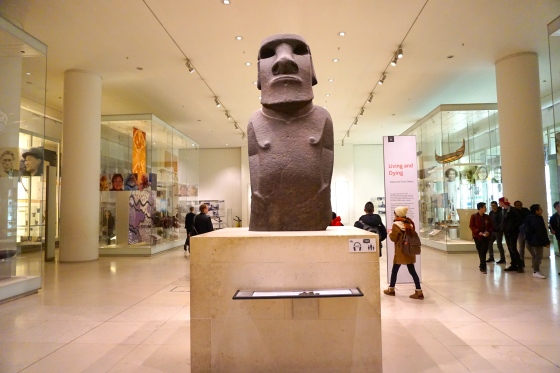 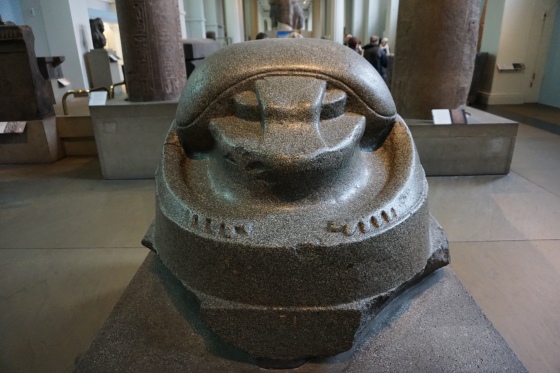 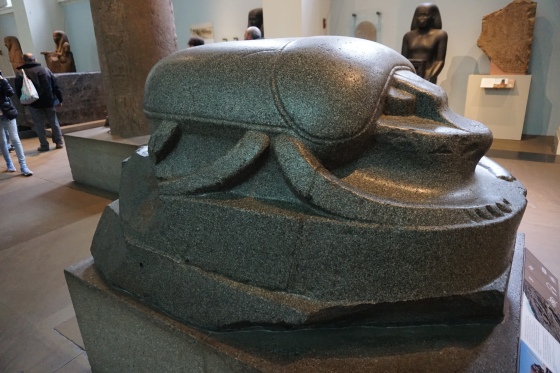 Colossal Scarab, Egypt, 1390-1352 BC; the scarab represented Khepri, the form assumed by the sun-god at dawn 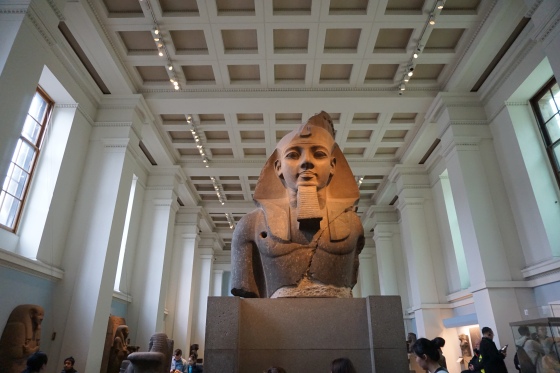