One of my favorite dishes while in Japan was tonkotsu ramen. “Tonkotsu” means “pork bones” in Japanese. The dish is aptly named, because the broth is made by boiling pork bones for almost an entire day. When Koen decided to make the dish, it took an entire weekend to prepare! 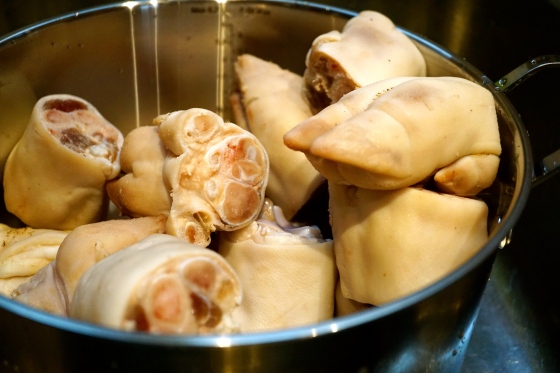 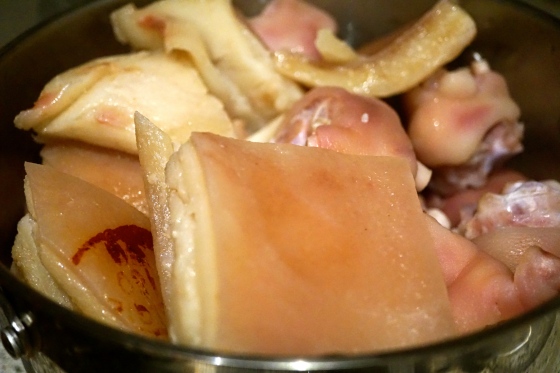 After washing and boiling the trotters, back fat is added

Everything boiling for hours and hours 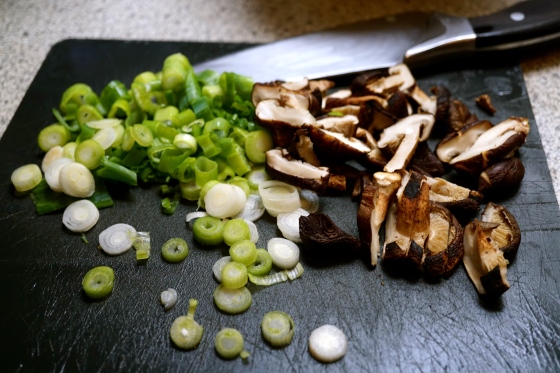 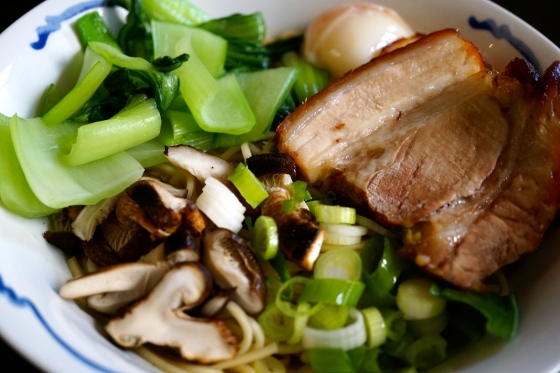 And of course ramen noodles, some greens, and marinated boiled eggs 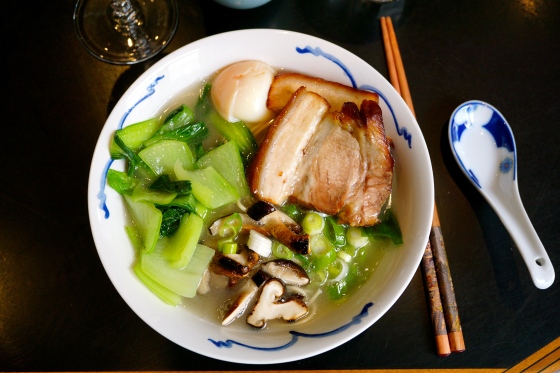 Topped with broth and ready to eat!

Genmaicha tea and mochi for dessert!