For my birthday lunch we headed to Gent to eat at the 2 Michelin star Vrijmoed. Koen and I were both really excited to try the vegetarian menu, which was awarded Best Veggie Menu Benelux 2016 and 2017 by Gault Millau. And of course we ordered an extra dessert – the Stilton “sorbet” which was awarded dessert of the year 2017 by Gault Millau. So many award winning dishes to taste!

Michaël Vrijmoed can be described as a chef from the new generation trained by his earlier mentors including Guy Van Cauteren “’t Laurierblad” and Peter Goossens “Hof Van Cleve”.

In his restaurant situated in the centre of the lively city of Ghent, he offers a contemporary cuisine bursting with dynamism, his own signature and pure flavours.

A young, driven and talented team supports him!

Eight months after the opening of in 2013, the restaurant already obtained a michelin ster. In 2015, Gault & Millau honoured Vrijmoed with the title of “young top chef of Flanders” and in 2016-2017 the restaurant has the honour to hold the title of “Beste veggie menu Benelux” from Gault-Millau. 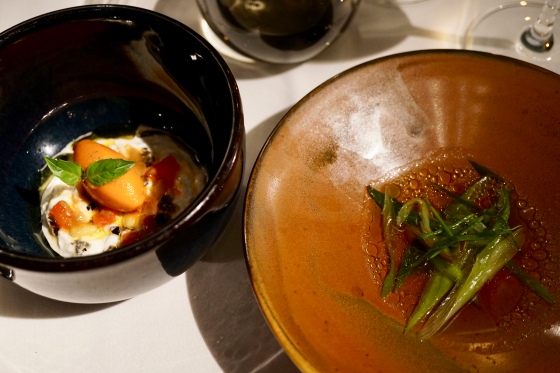 Burrata with tomato sorbet on the left; scallion soup on the right

Cauliflower soup on the left, hummus on the right 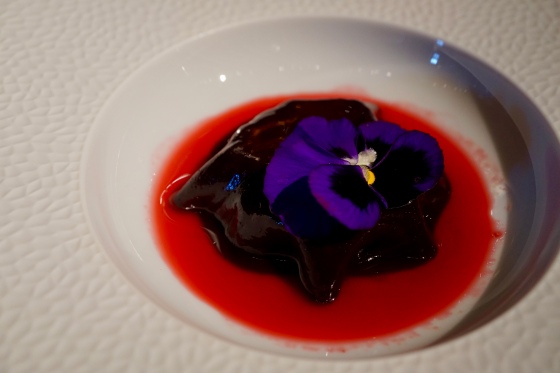 Chioggia salad with beets and pomegranate

Shallots gratin with hazelnut and cherries 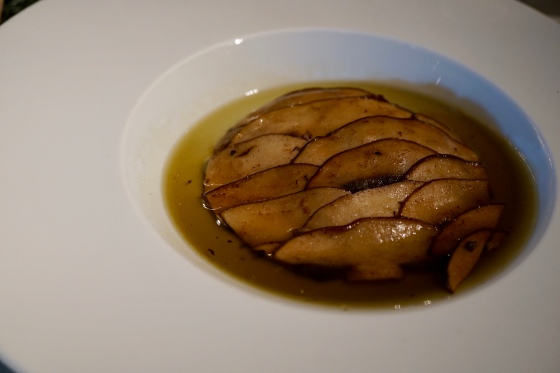 Baked portobello with green tea and pine, served with a mini mushroom toast 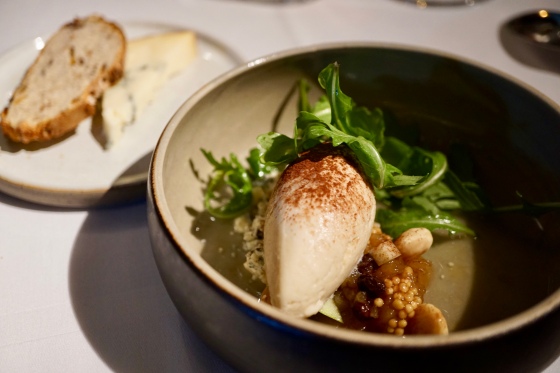 Excited to try the stilton sorbet 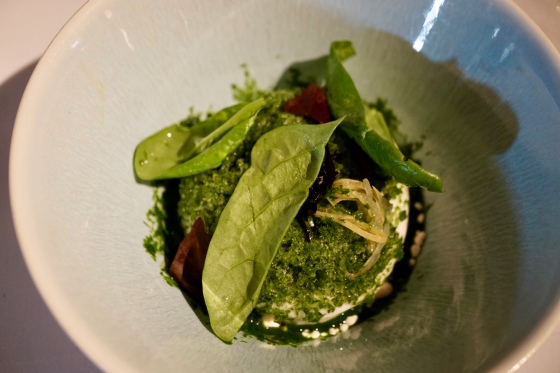 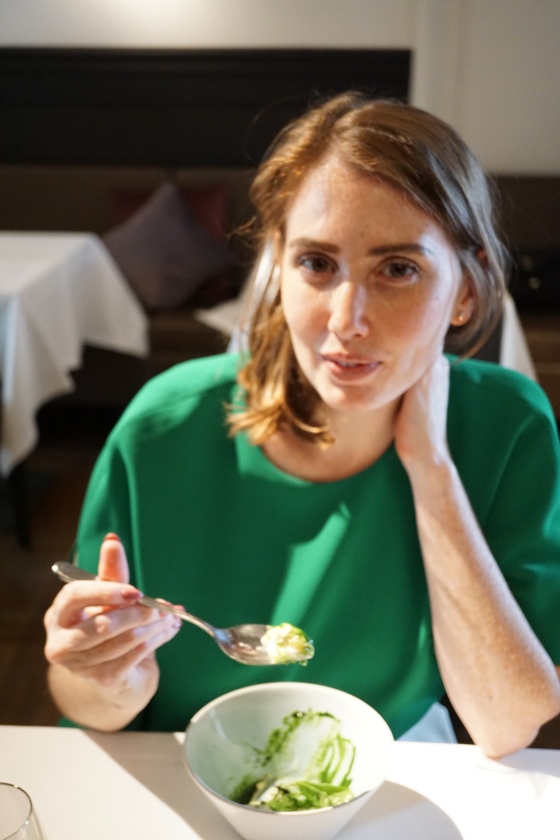